It has been a tumultuous year at the Office of the Registrar of Indigenous Corporations. After 10 years as Registrar, Anthony Beven departed in November 2017. In December, Joe Mastrolembo, the deputy registrar, was appointed Acting Registrar. Then in April 2018, Joe retired and on 1 May, Mike Fordham stepped in as (again, Acting) Registrar of Indigenous Corporations. Yes, three Registrars in one year! But that’s not the only major change in progress, as Mike explains…

On 5 July 2017 Senator the Hon Nigel Scullion, Minister for Aboriginal Affairs, announced a review of the legislation that underlies ORIC and stipulates how it should regulate and support registered Aboriginal and Torres Strait Islander corporations. In September, corporation members and directors and other stakeholders were invited to a series of roundtable discussions in Cairns, Alice Springs, Perth, Melbourne and Canberra. The idea was to give the independent reviewers (DLA Piper) the most current and comprehensive information possible about how the legislation works in practice, and how it could be improved. Completed in October, the review identified a range of measures that would strengthen and otherwise enhance the Corporations (Aboriginal and Torres Strait Islander) Act 2006. 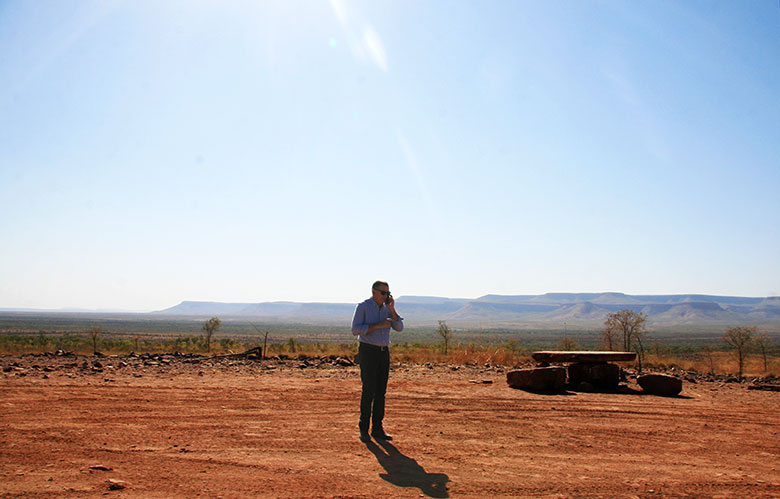 Since assessing the recommendations from the technical review, the Australian Government has decided to pursue legislative changes and at the time of writing (August 2018), a second round of consultations with corporations and stakeholders is in full swing, with discussions scheduled in Coffs Harbour, Darwin, Broome, Kununurra, Alice Springs, Perth, Adelaide, Cairns, Dubbo, Sydney, Thursday Island, Melbourne, Brisbane and Canberra. The purpose of these consultations is to identify any issues with implementation of the proposed changes and what support corporations may require. It’s a long and involved process to amend legislation, so we are determined to get it right. I want to thank everyone who has spent time sharing their views and experiences of the regulatory framework. We’re hopeful that the bill to amend the legislation will pass smoothly through the parliamentary process, and that the improvements will start from 1 July 2019.

In May 2018 the government announced that as part of its decentralisation agenda, 10 staff from the Canberra office of ORIC would move to Darwin by June 2019. As at 30 June 2018 ORIC had 47 employees, and 15 were already working out of regional offices in Coffs Harbour, Brisbane, Cairns, Thursday Island, Darwin, Broome, Perth, Alice Springs and the APY Lands. So this is a significant shift for us: essentially, around one third of all Canberra-based staff will move to Darwin.

I don’t know who said that the more things change, the more they stay the same. On the contrary, change seems to trigger more change. To keep up with changes to both our legislation and our workforce, we need to adapt ORIC’s business systems, policies and procedures. We need to maintain our regulatory and service standards while learning to work differently, across vast distances, in a flatter, more dynamic and collaborative structure. And we need to make sure that the Register of Aboriginal and Torres Strait Islander Corporations is well fitted to its purpose, of regulating and supporting a sector that we know is crucial to Australia’s economy and culture alike.

For many people, change can be daunting, but it also clearly presents amazing opportunities to explore how we can work more effectively. I’m honoured to occupy the position of Registrar at this watershed moment; I’m confident that we can leverage the opportunities it presents; and I trust that you will bear with us through any temporary hiccups.