The Registrar of Indigenous Corporations is an independent statutory office holder appointed by the Minister for Indigenous Affairs to administer the Corporations (Aboriginal and Torres Strait Islander) Act 2006 (CATSI Act). The Registrar has powers to intervene that are similar to those exercised by the Australian Securities and Investments Commission (ASIC). For more detail see the page on the Registrar's regulatory powers.

The current Registrar is Mr Selwyn Button—he was appointed to the position on 10 December 2018. 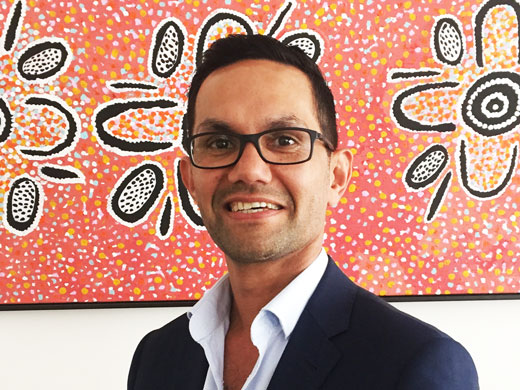 Mr Selwyn Button is a Gungarri man from southwest Queensland, raised in Cherbourg.

Taking on the role of the Registrar is an honour at any time, but I’m humbled and excited to take the lead at this point in the journey for Aboriginal and Torres Strait Islander corporations.

When we look at the sector as a whole—as we can through the Top 500 reports—we see strong growth, and I believe we’re approaching a tipping point.

My vision as the Registrar is to see the sector strengthen to the point where ORIC moves from a focussing solely on compliance, to supporting quality services and opportunities for our organisations and communities. The regulatory function will always remain, but we know that as directors’ decision-making capabilities grow, corporations become more autonomous and empowered. Corporations will become less dependent on ORIC. And ORIC will focus its attention on where the need remains; where we can add value to our corporations; and where we can best contribute to sustainable benefits for Aboriginal and Torres Strait Islander communities.

In short, I’m thrilled to be here at this time and if you are a member, director or other stakeholder in an Aboriginal and/or Torres Strait Islander corporation, I hope to meet you.

Mr Button has extensive experience in Queensland health and education sectors. From 2014 to 2018 he was Assistant Director-General of Indigenous Education in state schools, where he oversaw significant improvements in outcomes for Aboriginal and Torres Strait Islander students. Prior to that he was CEO of the Queensland Aboriginal and Islander Health Council (QAIHC); chairperson of the Aboriginal and Torres Strait Islander Community Health Service Brisbane Limited; and director of the Indigenous health policy branch within Queensland Health. He is a former teacher and worked as a Queensland police officer.

As a result of the Review of the Corporate Governance of Statutory Authorities and Office Holders (the Uhrig report), ministers can outline their expectations of agencies and then the agency will respond with a statement of intent which details how they will fulfil the minister's expectations.

Statement of expectations from Minister Scullion (2017)

Statement of expectations from Minister Scullion (2017)

Statement of intent from the Registrar (2017)

Statement of intent from the Registrar (2017)

Statement of expectations from Minister Macklin (2008)

Statement of intent from the Registrar (2008)