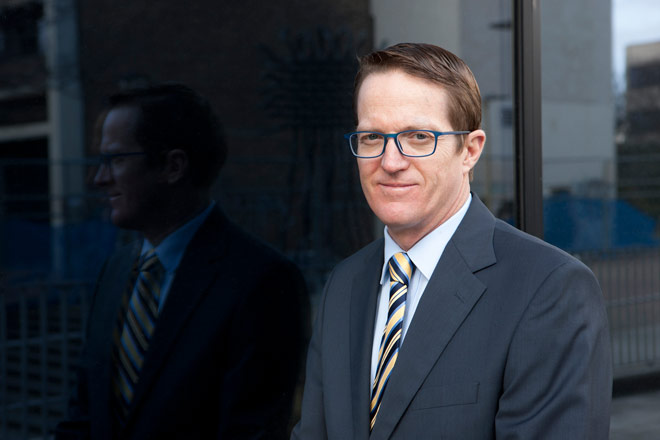 At the time of writing, I have just completed my tenth year as the Registrar of Indigenous Corporations. I feel very fortunate to be in this role, working with Aboriginal and Torres Strait Islander people to strengthen their corporations to provide high-quality services to their members, communities and people. During my tenure I’m proud to have overseen significant growth in the standards of governance and performance of Aboriginal and Torres Strait Islander corporations. It’s clear that the outlook is positive and there is much to celebrate.

On 1 July 2007, with the CATSI Act coming into effect, 2552 corporations originally registered under the Aboriginal Councils and Associations Act 1976 automatically transferred and began their transition to the CATSI Act. Ten years later, 2904 corporations are operating under the CATSI Act, representing overall growth of 13.8 per cent—despite a significant drop of 513 corporations in the 2009–10 year due to the deregistration of corporations no longer operating or required.

Our research shows that:

Since I began this role in 2007, ORIC has transformed the regulation of Aboriginal and Torres Strait Islander corporations by implementing new legislation, new technology and new support services. We have done this over a period where both funding and staffing has been substantially reduced. ORIC’s budget allocation has fallen by 24 per cent—from $11.014 million in 2006–07 to $8.378 million in 2016–17. The number of staff has also shrunk by 24 per cent, from 62.8 to 47.6 full-time equivalent (by headcount it’s 65 people down to 50).

With regard to the current reporting period, it has been a year of consolidation and review.

In late 2016, ORIC’s performance in administering the CATSI Act was the subject of an audit by the ANAO and an independent review by KPMG. The ANAO concluded that ORIC supports good governance in corporations and recommended some process and system improvements. The independent review found that ORIC is doing a good job in a challenging regulatory environment. It reported there are significant opportunities to enhance ORIC’s contribution to better governance in the future, but noted that realising some of these opportunities would likely require additional resources. For example, it recommended additional resources to increase corporate governance training, regulatory activity and investigation of potential misconduct.

I am pleased that the Minister for Indigenous Affairs, Senator the Hon. Nigel Scullion addressed the resourcing issue and allocated an additional $4 million to ORIC over four years. This will go a long way to enabling ORIC to deliver even more services to Aboriginal and Torres Strait Islander corporations.

In February 2017 ORIC staff also reviewed our corporate documents to clarify and drive our work into the future, and share this information with external stakeholders. The new documents clearly explain who we are, what we do and why we make certain decisions or take certain actions. They include strategic and corporate plans, our regulatory approach, risk framework, how we categorise and prioritise cases, and how we measure our performance. The latter document has had considerable influence on this yearbook.

We are continually enhancing the way we work, to deliver better outcomes for Aboriginal and Torres Strait Islander corporations, people and communities. To do this we are improving the services we provide and transforming our office into a modern, intelligence-led and risk-based regulator. With a view to optimising the capability of ORIC’s workforce in the years to come, and in response to one of the recommendations of the KPMG review, in April 2017 I initiated an external assessment of ORIC’s staffing levels. It was not a review of performance. Rather, it focused on whether the work we do is at the appropriate classification level. In response to the review, we immediately made minor changes to the structure of the organisation. Further recommendations will be implemented in the months to come.

Ten years of the CATSI Act

Over the years we have collected a sizeable set of suggestions for technical amendments to the CATSI Act, aiming to ensure that the legislation that drives the regulation and support of Aboriginal and Torres Strait Islander corporations is fit for the next decade. In June 2017 the Minister informed me that to mark the CATSI Act’s 10th anniversary, a technical review of the CATSI Act, to be coordinated by ORIC, would be undertaken in 2017–18. An account of the anniversary event in Darwin on 5 July appears in the section ‘Engage stakeholders’. It was gratifying to witness guests hear the Minister recognise corporations for their hard work. I look forward to working with the law firm, DLA Piper, to consolidate all the feedback from corporation members, directors and staff; native title bodies; funding bodies; and other stakeholders.

This is my last yearbook as Registrar of Indigenous Corporations with my appointment ending on 12 November 2017.

The last ten years have been immensely challenging and rewarding for me. It has been a privilege to have been the Registrar and I hope I have made a lasting difference.

One of my priorities has been to improve the accountability of directors and CEOs by taking action to address wrongdoing. This includes the first ever criminal and civil actions since ORIC’s inception in 1978. The highlights have been the $1.2 million fine and compensation order and 15-year disqualification for Mr Damien Matcham in 2014 for embezzling $705,000 from an Aboriginal medical service and the 2017 sentence of Mr Alan Bishop to two years imprisonment—the longest sentence ever for a CATSI Act offence—for misappropriating funds from a Kimberley corporation.

As I prepare to leave the role I have reflected on how far the sector has come in the ten years I’ve been Registrar. Aboriginal and Torres Strait Islander corporations have already taken great strides in economic development but there are demanding times ahead. Governments and the corporate sector have set measures to advance economic development and address disadvantage. The early indicators within the Aboriginal and Torres Strait Islander corporate sector are very encouraging. However, with such strong commitment to assistance and participation, corporations need to be mindful of increased accountability and performance expectations.

Similarly ORIC too will need to address increased expectations. The Minister has provided ORIC an additional $4 million over the next four years to help people increase their governance knowledge and skills and to increase regulatory oversight of corporations. The growing native title sector will also present challenges. ORIC’s workforce is changing to meet the challenges but this will need to be a key priority for the new Registrar in the years ahead.

In saying farewell I would also like to thank everyone that I have worked with or met while I have been the Registrar, whether they be supporters or detractors of ORIC. All have contributed to making ORIC into the organisation it is today.

Finally, I would like to thank the various ministers and their staff that I have worked with, including the current minister, Nigel Scullion, who has been a strong supporter of ORIC for many years. All have been passionate about their work and helped to create the environment for Aboriginal and Torres Strait Islander corporations to succeed.

I look forward to seeing ORIC and all Aboriginal and Torres Strait Islander corporations go from strength to strength in coming years.