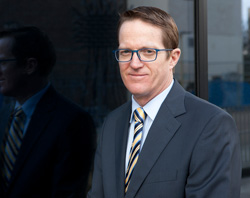 Looking back at 2015–16, it’s been another productive and eventful year.

To begin with, I’d like to thank all the Aboriginal and Torres Strait Islander people, communities and corporations that worked with my staff and I in the last 12 months. It has been a privilege to be a part of the great work they are doing in so many towns, cities and regional areas throughout Australia.

Raising the standard of governance

Over the last nine years my office has been focused on a strategy of increasing public confidence in the standard of corporate governance and accountability of Aboriginal and Torres Strait Islander corporations. As studies and ORIC’s research shows, good governance is the foundation for success. It makes corporations strong and allows them to flourish.

I’m pleased to note that there are now countless examples all around Australia of Aboriginal and Torres Strait Islander corporations growing in capacity, capability and confidence. Our top 500 report shows that corporations are growing quickly in terms of income—on average, more than 9 per cent each year over the last nine years—and diversifying their income sources, relying less on government funding. But it is not all about money and each month we feature a corporation on our website that is making a real difference for its members.

The Arnhem Land Progress Aboriginal Corporation, known as ALPA, is one corporation that comes quickly to mind. Since it transferred its registration to the CATSI Act in November 2008, the Northern Territory corporation has been at the forefront of good governance and strong financial management, while always staying true to its founding objective—furthering the social and economic development of its Yolgnu members. It’s no surprise that each year it comes in among the top three largest Aboriginal and Torres Strait Islander corporations in the country.

Not only is ALPA fully Aboriginal-owned; it’s also financially independent. It has never relied on external funding, grants or subsidies and remains committed to pioneering business development. Its main interest lies in creating training and employment opportunities for local people. In many ways, ALPA is a leading example of an Aboriginal and Torres Strait Islander corporation practising good governance and daring to innovate and push boundaries. Consequently, it’s going from strength to strength.

As in previous years, a key objective in the last year was maintaining high reporting compliance rates among corporations.

Strong compliance rates ensure that accurate and up-to-date information is stored in the public Register of Aboriginal and Torres Strait Islander Corporations. At no cost, members, staff and directors of corporations, as well as funding agencies and members of the public, can at any time access a range of information about Aboriginal and Torres Strait Islander corporations—www.oric.gov.au. Openness and transparency are an important element of accountability.

Over 2015–16 my office, through the Commonwealth Director of Public Prosecutions (CDPP), concluded 16 minor regulatory prosecutions against corporations that failed to meet their reporting obligations. The CDPP has been an important partner for my office over the last nine years in dramatically increasing reporting compliance, and more broadly in addressing serious wrongdoing. I would like to acknowledge the CDPP’s dedicated and professional staff that have provided invaluable counsel and guidance over many years.

Just as in previous years, strong action has been taken to enforce the CATSI Act and address wrongdoing. In 2015–16 my office brought charges in two major criminal cases against former corporation officers.

Since 2012 my office has brought more than 160 corporations and individuals before the courts for breaching the CATSI Act or other legislation.

However, success in upholding the law can be a double-edged sword. It has created expectations in some quarters that I will be able to take action against everyone that someone believes has done the wrong thing. As with any Commonwealth regulator, we are only able to take action where it is appropriate to do so. The Prosecution Policy of the Commonwealth, which applies to all Commonwealth prosecutions, provides a two-stage test that must be satisfied before a prosecution is commenced:

To determine whether to prosecute a case, the CDPP consider two questions:

The existence of a prima facie case alone is not sufficient grounds to proceed (source: www.cdpp.gov.au). These are significant hurdles we must overcome—and rightly so—before subjecting a person to a court process.

In the last four years alone I have undertaken more prosecutions against wrongdoers than in the previous 34 year history of the role of the Registrar and I am proud of this record. However, we still have much work to do in better explaining which matters we take to the courts and more importantly which matters we don’t. I intend to issue more guidance on this in the next year.

Encouraging Aboriginal and Torres Strait Islander people to get involved in the daily lives of their corporations has long been a priority. Throughout the year my office has made a concerted effort to empower members and directors to run their corporations effectively, by providing them with the information and tools they need.

To that end my office has continued to provide a range of publications about the CATSI Act and guidance on how to manage corporations well. For example, over the year my office has produced several new fact sheet titles and updated others. The fact sheets are popular because they provide practical overviews of various important aspects of the CATSI Act. Many other resources are readily available too, from information guides and policy statements, to rule book templates, corporation checklists and forms.

One of our most important services is our corporate governance training. It improves the governance skills of directors but also enables my staff to build ongoing relationships with people, communities and corporations.

In 2015–16 we provided training to 865 people from 208 corporations, including a successful, nationally accredited Diploma of Business (Governance) course. Fourteen people started the demanding Diploma and all 14 completed. This is a practical example of the commitment that so many Aboriginal and Torres Strait Islander people have to improving their knowledge and practice of good governance.

Building capacity isn’t limited to information and training. My office provides a range of free services designed to encourage good decision making and integrate good governance in various aspects of a corporation’s activities.

The range of free services we provide was expanded during the year. In October 2015, in partnership with the Business Council of Australia, the Minister for Indigenous Affairs, Senator the Hon. Nigel Scullion and I officially launched a new online tool—the Independentdirectory—which matches corporations looking for particular skills to prospective independent directors who can offer them. A corporation can simply ‘tap and choose’ from an array of suitably qualified professionals to identify the best fit for its board.

The Independentdirectory joins our other free services, namely:

In recent years I have endeavoured to provide more face-to-face services and in 2015–16 we expanded our network with the establishment of a regional office in Brisbane. Spread across areas with large concentrations of Aboriginal and Torres Strait Islander corporations, our regional network now comprises seven offices staffed almost exclusively by Aboriginal and Torres Strait Islander officers. This is a very pleasing development.

Easing the burden of FOI requests

Despite publishing more free information about regulated entities than other comparable regulators, requests to the Registrar under the Freedom of Information Act 1982 (FOI) have increased by an inconceivable 6500 per cent since 2007–08. The increase is largely attributable to requests for access to information about third parties that have complained about a corporation or person, or to challenge decisions to take (or not take) action against a person. Unfortunately, we have been obliged to divert resources from frontline services to respond to the spike in requests. Hopefully, the forthcoming extended guidance on our approach to prosecutions will ease this pressure on our limited resources.

Finally, I would like to acknowledge and thank my staff for their consistent dedication to improving the lives of Aboriginal and Torres Strait Islander people. In particular I would like to thank two long-serving staff members, Peter Armstrong and Michael Cullen, who each announced their retirements from ORIC and the Australian Public Service this year.

For the past 15 years, Peter has been dedicated to supporting Aboriginal and Torres Strait Islander corporations. He has managed ORIC’s Regulation Section and overseen hundreds of examinations and special administrations. He is known by many people throughout Australia, especially for his work assisting corporations out of trouble.

Michael joined ORIC 11 years ago as a principal legal advisor. He was instrumental in the implementation of the CATSI Act, which commenced on 1 July 2007, including drafting the CATSI Regulations. Through his role as general counsel he provided a range of advice to ORIC on the CATSI Act and related legislation. He managed our litigation activities, as well as administrative law work.

The dedication of both Peter and Michael to ORIC’s vision has been an inspiration to us all. 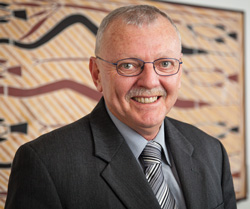 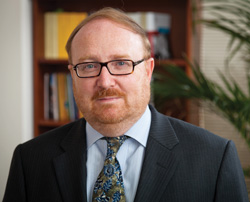