The Registrar is responsible for administering the CATSI Act. This involves creating a sustainable regulatory framework to give effect to the legislation.

We set standards for good governance, identify and manage risks, and conduct research and analysis to understand where there are patterns of issues that need to be addressed. We provide information to government, corporations and the wider community about the performance of the Aboriginal and Torres Strait Islander sector.

This yearbook presents data on the full range of functions of the Registrar. ORIC also publishes an annual report on the activities and growth of the 500 highest-earning corporations, and simple statistical reports on external administrations (annually) and complaints about corporations (twice-yearly).

In September 2016 ORIC published its eighth report on the 500 highest earning Aboriginal and Torres Strait Islander corporations. Some of the key findings of the top 500 report for 2014–15 were as follows:

The top 500 report for 2014–15 featured a case study of Winnam Aboriginal and Torres Strait Islanders Corporation, a not-for-profit corporation that provides affordable housing for Aboriginal people in and around Brisbane. Twenty-five years after it started with a $100 donation, Winnam is a thriving concern with over $22 million in assets. Becky Thomson, chairperson, is ‘proud and privileged to be one of three women who are founding board members’.

In 2016–17 the Registrar published the following statistical reports:

All eight external administrations that did start in 2016–17 were special administrations under the CATSI Act, which are intended to restructure corporations and return them to member control (see 'Seeking remedy and deterring'.)

The main reason for the appointment of an external administrator in 2016–17 was to protect the interests of the public, members or creditors.

As a stakeholder in Aboriginal and Torres Strait Islander affairs, ORIC is consulted in relation to policy reform or new initiatives. Requests for input may come from ministers, government departments or agencies or parliamentary committees and may be informal or formal. In 2016–17 the main focus of ORIC’s policy work was contributing to the external review of ORIC commissioned by PMC and undertaken by KPMG, and preparing for the technical review of the CATSI Act that commenced on 5 July 2017. Both of these major pieces of work will contribute to strengthening ORIC’s support services and regulation of Aboriginal and Torres Strait Islander corporations.

In 2017 ORIC formalised its internal process for identifying and mitigating the risks associated with Aboriginal and Torres Strait Islander corporations. In accordance with our Strategic risk framework, we established a risk working group to collect information that staff receive in the course of their daily work and—periodically—to plan a response. The risk working group met for the first time at the end of May.

The issues identified by the risk working group are considered in our annual planning process where we devise responses to address those risks. This process guides regulatory activities, training, prioritisation of disputes and complaints assistance, and general information and communication activities. Examples of responses initiated through this process include our internal project to review the readability and consistency of existing rule books; revisions to guidance such as policy statements; and themes for ORIC Oracle newsletters.

As part of ongoing business we engage and consult with government and industry stakeholders. For example we have quarterly meetings with the Department of Health and the Commonwealth Director of Public Prosecutions, and fortnightly meetings with our portfolio department, PMC. We also engage with other national, state and territory regulators and enforcement bodies. We use the opportunity to gather their feedback on our services and regulatory activities, as well as to discuss issues relevant to the sector and regulation. This information is also used to inform our annual planning.

During the year we sought feedback from PMC on our regulatory approach as well as our strategic and corporate plans. We also assisted the Australian National Audit Office and KPMG to solicit feedback from the public, government agencies and corporations on our administration of the CATSI Act.

ORIC helps to inform the broader community about Aboriginal and Torres Strait Islander corporations and ORIC’s regulatory activity through a wide range of communication activities and consultation.

The ORIC website at oric.gov.au provides information and resources for and about Aboriginal and Torres Strait Islander corporations. Interested people can:

It’s also a portal through which, for example, corporations can:

In 2016–17 ORIC commissioned an audit of our website’s usability and accessibility. It was a useful exercise in affirming that the site has improved significantly since the last audit, in 2008, and in identifying adjustments we can make to ensure that the site is optimised for those in remote areas and with low literacy or English as a second or third language.

The Registrar issues regular media releases on significant developments or events affecting Aboriginal and Torres Strait Islander corporations. This year we improved our subscription service to make it more accessible and relevant for media professionals and other interested people to receive ORIC media releases by email.

In 2016–17 the Registrar issued 26 media releases, all of which are available on the ORIC website. 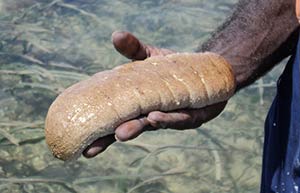 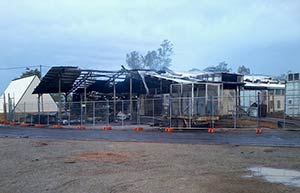 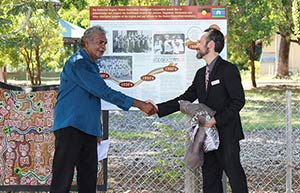 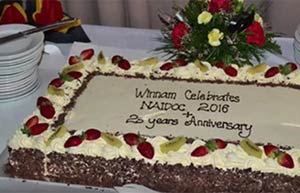 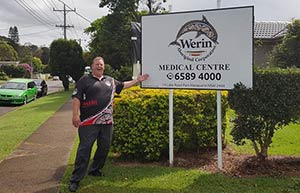 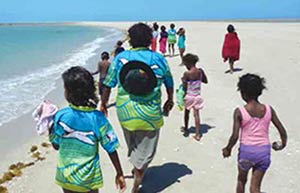 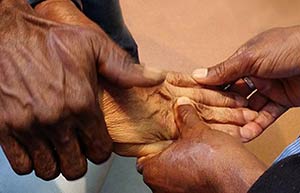 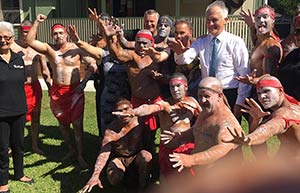 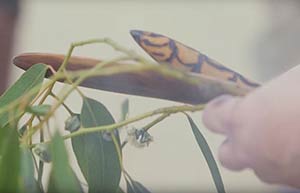 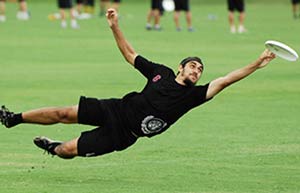 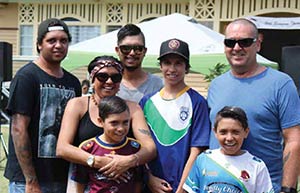 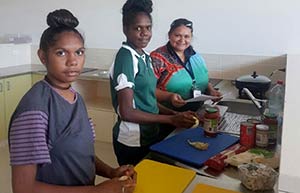 ORIC participates in and organises a range of events and community activities to catch up with the general community and improve our understanding of their interests and concerns. We also use these opportunities to share information about the CATSI Act and good governance, data on the sector and news about corporation achievements.

10th anniversary of the CATSI Act

The CATSI Act came into effect on 1 July 2007. On 5 July 2017 the Registrar and the Minister for Indigenous Affairs, Nigel Scullion, held an event in Darwin to celebrate ten years of achievements by Aboriginal and Torres Strait Islander corporations under the legislation. It was also an opportunity for the Minister to announce that ORIC would: 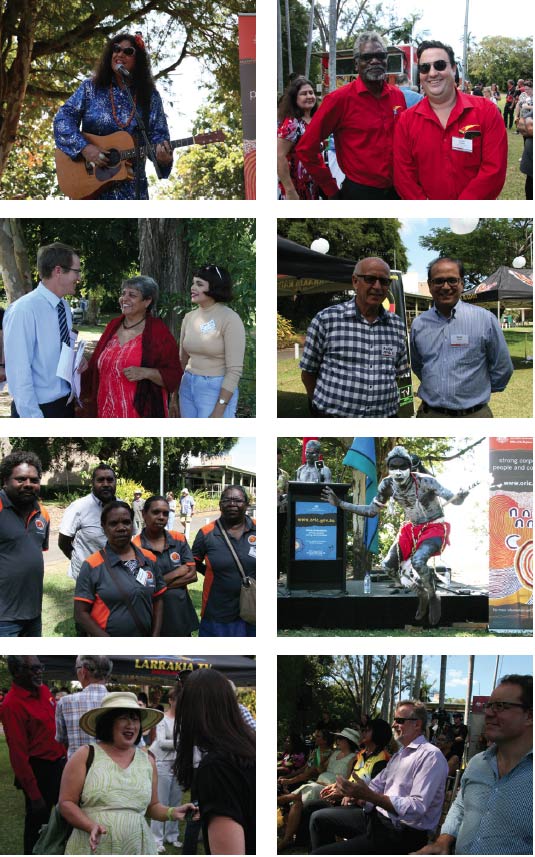 Registered native title bodies corporate (RNTBCs) are Aboriginal and Torres Strait Islander corporations that have obligations under the Native Title Act 1993. By law these corporations must register under the CATSI Act, and cannot be deregistered as long as they remain an RNTBC and manage or hold native title rights. The annual National Native Title Conference is the principal gathering for the sector, with over 800 delegates. It provides a valuable opportunity to engage face-to-face with native title corporations, representative bodies and other stakeholders in the sector. In 2017 the conference was held in Townsville, Queensland, from 5 to 7 June. ORIC was a sponsor for the conference and hosted an information stall.

NAIDOC week is held in the first full week of July each year. It is a time to celebrate Aboriginal and Torres Strait Islander history, culture and achievements and an opportunity to recognise the contributions that Indigenous Australians make to our country and society.

ORIC encourages all staff to participate in local celebrations and activities that take place across the country during NAIDOC week. In Canberra, staff hosted an information stall at the ACT NAIDOC family day on Sunday, 2 July 2017 at the University of Canberra.

In February 2017 ORIC’s management team and a few other staff gathered for business and strategic planning activities on Wiradjuri country in Brungle near Tumut, New South Wales. Local elders Aunty Sonia Piper and Aunty Phyllis Freeman provided a welcome to country for our planning session and shared with us the history of the mission and area. Later on the elders gave the ORIC team a tour around the community and the old mission, pointing out specific landmarks. The tour culminated with a visit to the community centre where the Brungle Health and Community Aboriginal Corporation is based. Staff and volunteers helped the team to learn more about what the corporation does, how it operates and benefits they provide to both Aboriginal and non-Aboriginal people in the Brungle community. Although it’s small in population, at just 307 people, the community provides a warm welcome. It’s clear that the hard-working and inclusive nature of the local Wiradjuri people underpins the community‘s strength.

Cultural understanding and appreciation is core to ORIC's values and effective and appropriate administration of the CATSI Act. ORIC staff are encouraged to participate in annual and special events that celebrate Aboriginal and Torres Strait Islander people, culture and anniversaries.

In November 2016 ORIC staff continued their cultural learning journeys by participating in a cultural awareness program. The workshops organised by ORIC this year featured a special focus on the history and cultural practices of Torres Strait Islanders. 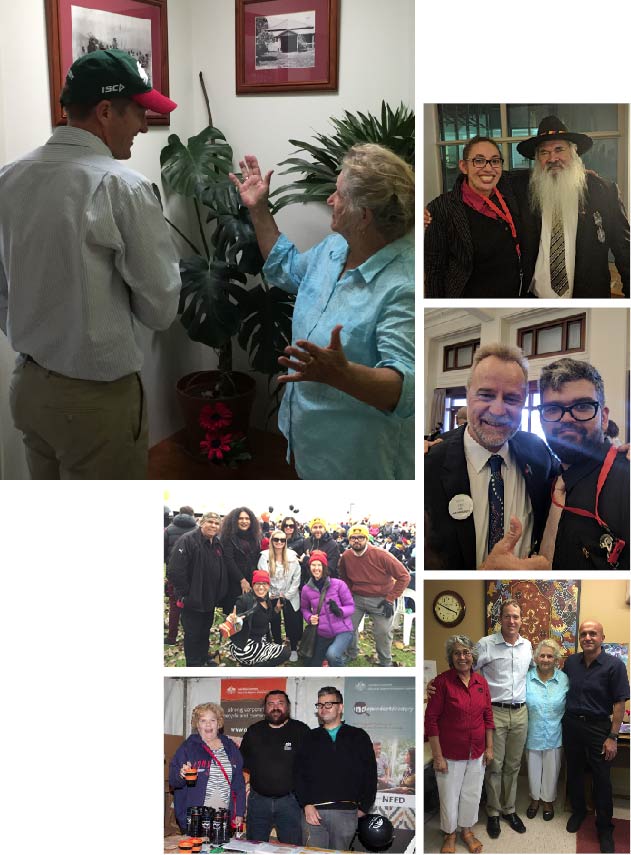 ORIC maintains partnerships with a range of organisations for different purposes. As at 30 June 2017 we had current memorandums of understanding with the following organisations:

To provide our pro bono legal assistance service, LawHelp, in 2016–17 we worked with 13 of Australia’s leading law firms:

Other partnerships active in 2016–17 were with:

To operate effectively and efficiently as a regulator, the Registrar and ORIC need the driving legislation—the CATSI Act—to be clear, robust and appropriate to meet the needs of Aboriginal and Torres Strait Islander corporations, people and communities.

In September 2016 PMC commissioned KPMG to identify opportunities to enhance the CATSI Act and, as noted earlier, to improve the effectiveness of ORIC. In its report, KPMG said there were opportunities to improve the CATSI Act, but these represent enhancements rather than a fundamental change in approach. They said there were potential amendments to the CATSI Act to make it stronger, more streamlined and better aligned with mainstream corporate regulation.

ORIC has identified fit-for-purpose legislation as a strategic priority for 2017–20. As noted, on 5 July 2017 the Minister for Indigenous Affairs, Nigel Scullion, announced that ORIC would lead a technical review of the legislation in 2017–18. That review has commenced and will be completed by the end of 2017.

In late 2016 ORIC began preparing to remake the Corporations (Aboriginal and Torres Strait Islander) Regulations 2007 which under the Legislative Instruments Act 2003 were due to sunset on 1 October 2017. Given the technical review of the CATSI Act the Australian Government decided to re-make the regulations in largely the same form, other than minor updates and new regulation numbering. More substantial changes will be considered as part of any amendments to the CATSI Act adopted by the Australian Government flowing from the technical review of the CATSI Act.