The Registrar of Indigenous Corporations is an independent statutory office holder whose chief function is to administer the CATSI Act. The legislation not only allows Aboriginal and Torres Strait Islander groups to form corporations but also it sets out how they should be run.

In addition to delivering modern corporate governance standards, the CATSI Act provides special measures to suit the needs of Aboriginal and Torres Strait Islander people. Some features unique to the CATSI Act include:

The Registrar offers guidance on interpreting legislation through policy statements which are available at www.oric.gov.au. These statements inform corporations, their directors and members as well as the general public about:

Registered native title bodies corporate (RNTBCs) determined by the Federal Court of Australia under the Native Title Act 1993 and royalty associations under the Aboriginal Land Rights (Northern Territory) Act 1976 are required to be registered under the CATSI Act.

However, the CATSI Act ensures that requirements imposed on a corporation or an individual by native title legislation doesn’t conflict with obligations under the CATSI Act.

The Registrar also provides a range of information on how the different legislation interacts, policy reasons for the legislation, policy statements on how the Registrar manages certain native title issues, and a guide for writing good governance rules. All these resources are available from www.oric.gov.au.

During 2015–16, the Registrar met with native title groups as well as addressed the New South Wales ‘Prescribed Body Corporate and Traditional Owner’ corporation workshop held on 22 May 2016. The Registrar also presented at the National Native Title Conference in Darwin on 1–3 June 2016 where he also conducted a panel discussion (see page 70). 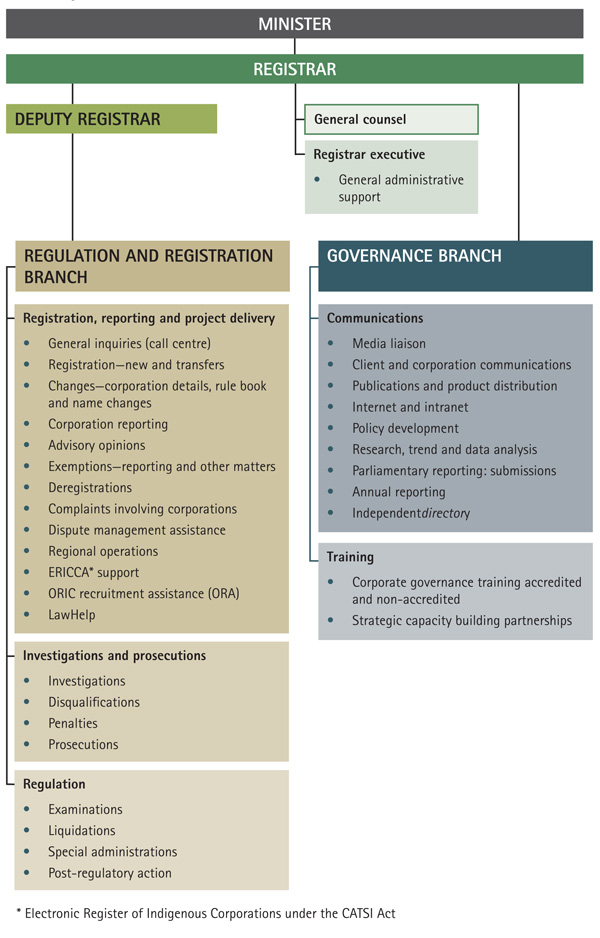 To align with the Department of the Prime Minister and Cabinet (PM&C), ORIC has adopted the same network structure as PM&C which allows for 12 regions. In some cases this means ORIC’s regional offices have responsibility for more than one PM&C network region. 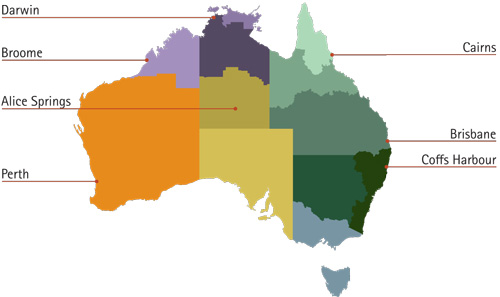 The Registrar and senior management as at 30 June 2016. 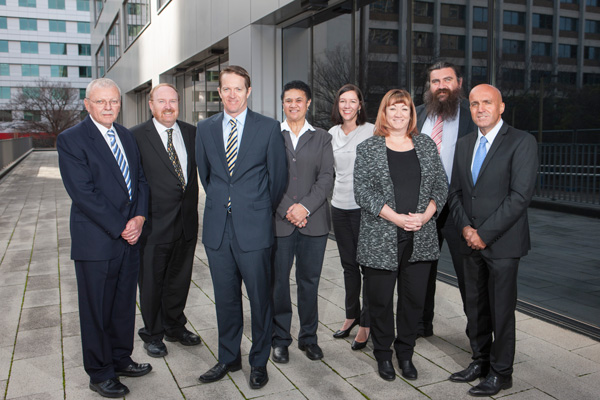 As at 30 June 2016 the Registrar’s work was supported by 46.6 full-time equivalent (FTE) staff. Of these, 47.9 per cent identified as Aboriginal and Torres Strait Islander as compared to 40.8 per cent last year.

The gender split between staff members was 27 female and 21 male. ORIC also had five part-time staff and one staff member on long-term leave.

Each year ORIC staff involve themselves in various activities and events.