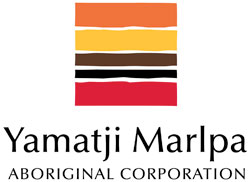 Yamatji Marlpa Aboriginal Corporation (YMAC) is the native title representative body for traditional owners of the Pilbara, Murchison and Gascoyne regions of Western Australia. There are over 25 traditional owner groups represented by the corporation, which protects the interests of the people and their country and provides them with a range of professional services, such as legal representation for native title claims and heritage protection services.

One example of the types of services YMAC provides is the work they have carried out facilitating discussions between the Nyangumarta traditional owners and the Marine Policy and Planning Branch of the Western Australian Department of Environment and Conservation (DEC) on an environmental planning and conservation project for the Eighty Mile Beach area. DEC is researching future marine parks and reserves along the Pilbara Coast.

The Nyangumarta people have been teaching DEC staff about their connection with their country and the cultural importance to them of sacred sites and ceremonial activities. The Nyangumarta have a phrase—‘Ngalpa warran, ngalpa marrngu’ or ‘healthy country, healthy people’—that captures their fundamental philosophy. After discussions with DEC about the future of the coastal strip, the importance of protecting their cultural sites, stories and songlines was seen as a key component of any marine park proposal in the area. The program has also raised awareness among the Nyangumarta people of the planning process for any marine park proposal.

The chief executive officer of YMAC, Simon Hawkins, said, ‘This is a great example of genuine consultation with Traditional Owners. It’s encouraging to see Government realising the value that Traditional Owners bring to environmental planning.’

This is just one example of the work undertaken by YMAC. You can read about more of their projects on their website at www.ymac.org.au. Incidentally, the name of the corporation comes from the word for Aboriginal ‘man’ in the Murchison and Gascoyne regions, ‘yamatji’ and the word for Aboriginal people ‘marlpa’ by some traditional owners in the Pilbara region.