For all those who campaigned and supported the community, it’s been a huge achievement and cause for celebration.

Some 400 people live at Warruwi although the population can fluctuate seasonally with residents travelling away to fulfil cultural commitments with family or on country. Those lucky enough to visit the region talk about its natural beauty of unspoiled beaches, rocky outcrops, coral reefs and unsurpassed sunsets over the Arnhem Land coast. It’s also rich in wildlife, including crocodiles, dugongs, crayfish and turtles.

On 1 February 2016, Yagbani’s chairperson, Bunug Galaminda, welcomed everyone to a community barbecue to celebrate the good news. The Minister for Indigenous Affairs, Nigel Scullion, one of the many people who supported Yagbani’s application to deliver CDP, was among the guests.

Minister Scullion commended Yagbani and the Warruwi community as ‘a beacon, a lighthouse’ for showing other communities the way it’s done.

The task ahead won’t be easy—no doubt there will be challenges—but the corporation is ready to manage its own training and work programs. The increase in locally driven community activities and enterprises has focused priorities for the Yagbani board. It’s been updating the corporation’s strategic plan so that it truly reflects the needs of the community and supports strong sustainable business development—a clear road map to the future.

Yagbani already has experience in running a number of successful projects, including fishing and aquaculture, market gardening, arts and craft, a building and maintenance program, the school nutrition program and the women’s healthy tucker program.

Harvesting trepang (sea cucumbers) is an example of an enterprise that is really taking off, attracting not only economic interest but converting that interest into an increasing number of jobs and training opportunities. Recent trial commercial harvests, which have employed the skills of the Warruwi community, demonstrate a big commitment to re-developing an industry that has not harnessed local expertise commercially for almost 50 years.

In some ways the industry is reviving its past. Not everyone realises that the international trade of trepang from Goulburn Island pre-dates European settlement when trepang were collected and traded with Macassan fishermen from the mid-1700s for export to China.

Significant investment from government, industry and Yagbani itself in research and development is returning positive results—particularly in ranching, farming, and ‘mariculture’ of trepang, oysters and clams. This progress, along with the wild harvest fisheries’ development that is supported by the CDP, is creating new local, sustainable and culturally-appropriate jobs.

Market gardening is another area where training and job opportunities are likely to take off. Produce from the gardens is used daily in the recently established community ‘school nutrition program’ while bush tucker plants go to the ‘women’s healthy tucker program’. The Mardbalk Art Centre, which utilises the bush colour plants, also generates a lot of interest. Market garden produce is sold though the local store.

Further, Yagbani is developing opportunities in building and housing maintenance. For the past 30 years these areas have been predominantly serviced by outside contractors. This is changing.

Local man Albert Matpirri, for example, got his break after working for Yagbani’s emerging building and construction program when he was selected, along with 17 other men and nine women, to join a commercial building project. The opportunity to build new houses at Warruwi under the government’s remote housing program, NPARIH (National Partnership Agreement on Remote Indigenous Housing), meant a full-time job and a big step up.

The chance came because Yagbani negotiated with the Northern Territory government and the contractor, New Futures Alliance, to adopt a community-based model for local employment that would endure beyond the project.

A community-based model allowed for local people to be employed initially by Yagbani, rather than the contractor, just until they became familiar with the training and work environment. ‘You have to bear in mind that for many young local men and women this was their first real opportunity at being in a full-time job,’ said Wayne Tupper, Yagbani’s CEO. ‘We wanted to make sure the experience was positive.’ A structured mentoring program provided by senior community elders also supported their development.

Building capacity through purposeful training and maximising opportunities for local employment have always been important—it’s the Warruwi way. The community is close and draws on each other and the Warruwi culture for strength.

‘My job is changing my life, so I can move forward and do more training for myself to be a professional builder—so I can be here [at Warruwi] and train my local boys,’ said Albert Matpirri who is currently mentoring CDP participants transitioning from ‘work for the dole’ projects to full-time employment. Mr Matpirri is employed under a new contract with the Northern Territory Government to refurbish Warruwi’s community housing.

Yagbani was born from the void created by the amalgamation of local community councils into ‘super shires’ which left the Warruwi community with a greatly diminished ability to influence its own destiny. ‘It’s been a hard fought battle to win back the right to set our own future’ but, in securing the CDP, Yagbani has achieved exactly this. It has reclaimed the means.

As Bunug Galaminda has said, ‘My people know what we need to keep our families and country strong and how to achieve it. We just need to be listened to and taken seriously.  This is the secret to success.’

Community-based decision making, and maximising local knowledge, opportunity and history are at the core of Yagbani’s objectives. Other enterprise development programs in progress under the CDP include school attendance support, feral animal control and land care, alternative energy (energy security program), cultural maintenance, research and tourism (keeping place project).  The corporation’s board members are committed to serving their community. They also committed to building their governance and management capacity to support truly ground up, community-driven development.

There’s a lot going on. 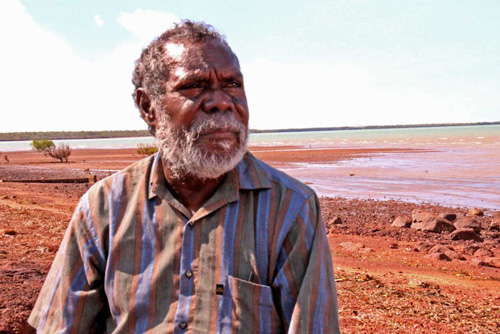 Chairperson of Yagbani Aboriginal Corporation and Warruwi elder and mentor, Bunug Galaminda, sees a bright future for his people if the government will truly listen and give his community a go.  Photo: Alyssa Betts/ABC 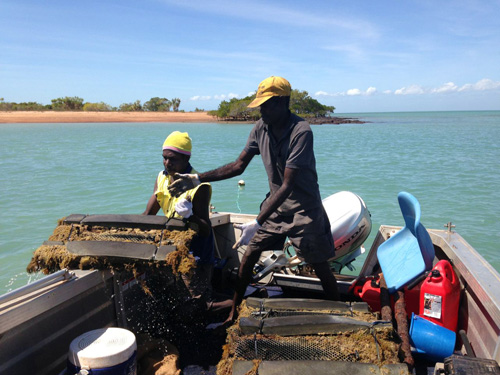 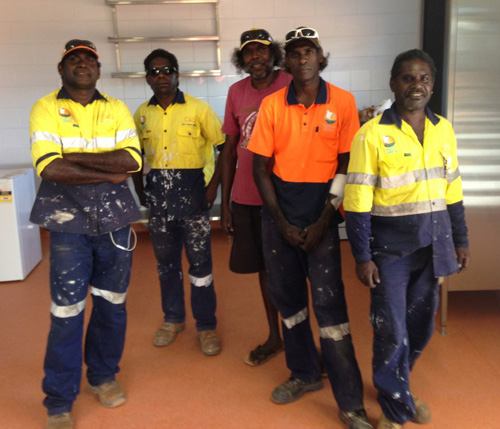 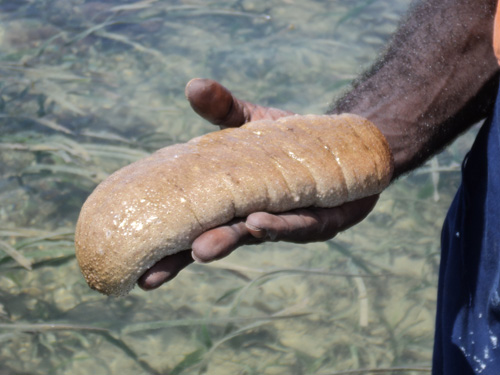 Trepang (sea cucumber) is part of a growing industry that recalls the community’s past when trepang were traded with Macassan fishermen from the mid-1700s for export to China. 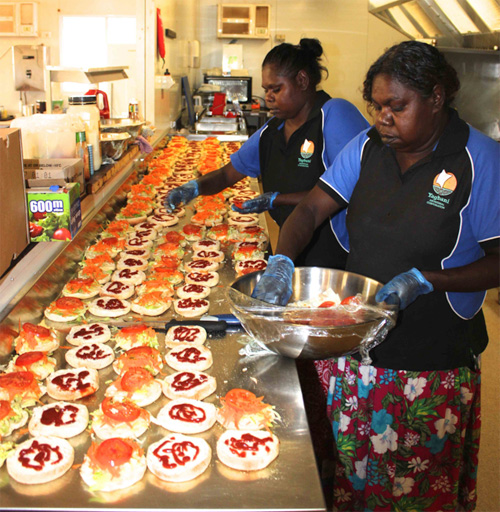 Yagbani women Rhoda and Jaylene cook up a storm for the school nutrition program in the new Yagbani kitchen.