Notwithstanding the small size of the community, this corporation has been involved in some BIG projects. Dugalunji is part of the Myuma Group of not-for-profit corporations, owned and managed by Camooweal’s Indjalandji-Dhidhanu traditional owners for the benefit of the region’s predominantly Aboriginal communities. The Myuma Group partnered in the extensive upgrade to the Barkly Highway between 2001 and 2008—capitalising on native title and cultural heritage consultation rights to establish a range of innovative social enterprises, including Dugalunji’s own traffic control business and the Austroads-accredited road construction business run by its sister corporation, Myuma Pty Ltd.

Spinifex: the glue that keeps it all together

Amongst a flurry of media coverage, Dugalunji and the University of Queensland recently signed an agreement to manage research into commercial uses for Triodia pungens—a north-west Queensland spinifex species. This hardy spinifex plant survives drought, controlled burning and bush fires. As researchers have discovered, it yields extremely strong, stretchy microscopic fibres that can be extracted using cutting-edge nanotechnology. A single ‘nanofibril’ of spinifex has a tensile strength eight times that of steel!

It is hoped that the discoveries—several of which are being patented—could revolutionise the plastic and rubber industries and form the basis for developing a completely natural carbon fibre product. 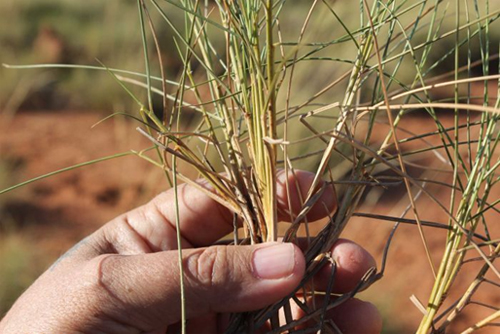 Camooweal’s Indjalandji-Dhidhanu people have used spinifex and its sticky resin for hundreds of years. The resin extracted from the plant has traditionally been used for medicines and as a type of glue for attaching stone tools to handles.

According to Colin Saltmere, Dugalunji Aboriginal Corporation’s managing director and adjunct professor at UQ, it isn’t just about making use of what is on your door step in an innovative way, but also about sharing knowledge. Dugalunji hosts UQ researchers and students at the Dugalunji camp site located near Camooweal. It has long supported cross-disciplinary research projects with UQ teams.

Colin says that the spinifex research partnership with the university combines his community's traditional knowledge of the plant with modern scientific advancements. 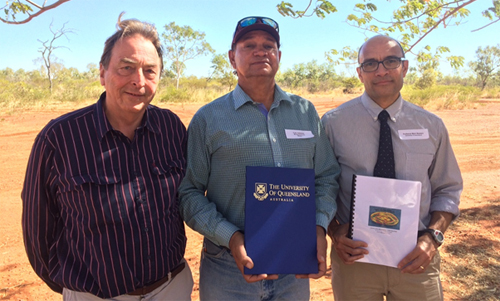 Crucially, the formal agreement recognises traditional owners’ contribution by giving the corporation the right to decide if and how products should be commercialised.

Growing Indigenous industries ‘from the grassroots up’

Dugalunji and UQ expect that the agreement will open up opportunities for Indjalandji‑Dhidhanu and other local Aboriginal businesses to participate in large industrial operations based on country, employing local Aboriginal people.

Capitalising on the research in this way could feed directly into the economic future of the community.

For nearly a decade, the Myuma Group has run an award-winning residential training program at the Dugalunji camp, which has trained and supported hundreds of Indigenous people to get jobs in the remote and regional mining and construction industries.

Dugalunji believes that creating a new, sustainable industry for the bush would revolutionise job and broader economic development prospects. It is, Colin says, a ‘quantum leap’ the community is ready to make.

We’re trying to find new desert knowledge that can be used to develop new industries to make remote communities viable with home grown industries and cottage industries over which they’ve got control.

Certainly, the community is well-prepared for any future harvesting operation based on country.

Dugalunji auspices the Queensland government’s Indigenous Land and Sea Rangers program for the Lake Eyre Basin region. The corporation employs 11 Indigenous rangers, based from Mount Isa to Longreach, who work to manage natural and cultural heritage values across a vast area incorporating the Georgina and Diamantina Rivers and Cooper Creek drainage catchments. 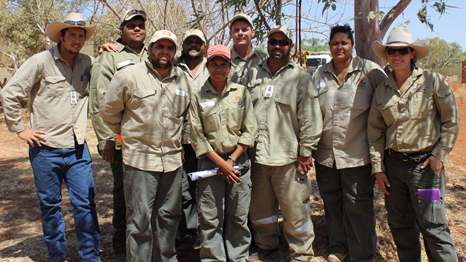 The Myuma Group also holds the Remote Jobs and Communities Program contract for the West Isa/Alpurrurulam region. Through Rainbow Gateway Ltd, the group delivers labour market services to almost 300 remote-area job seekers (98 per cent of whom are Indigenous) in Camooweal and neighbouring communities. Rainbow Gateway will soon also be partnering with a national employment service provider to run the new Jobactive and Work for the Dole coordination programs in Mount Isa. 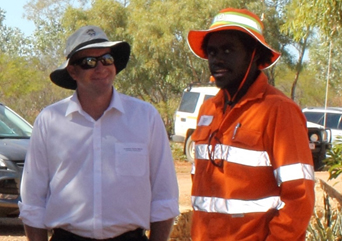 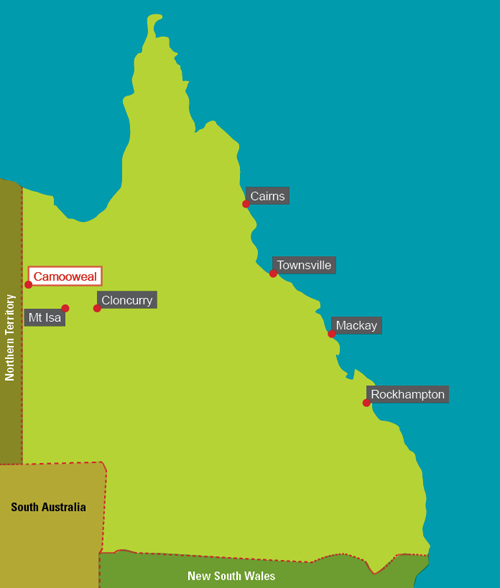 Map: Camooweal lies next to the Georgina River, 188 km north-west of Mount Isa and 12 km east of the Northern Territory border.