Roebourne, Western Australia: Yindjibarndi Aboriginal Corporation RNTBC purchased Roebourne's Victoria Hotel in 2013 and set about transforming it into a dynamic hub for community and collaboration. The hotel had closed in 2005 due in large part to its role in facilitating alcohol abuse in the town. So its redevelopment heralds a new era for Roebourne. 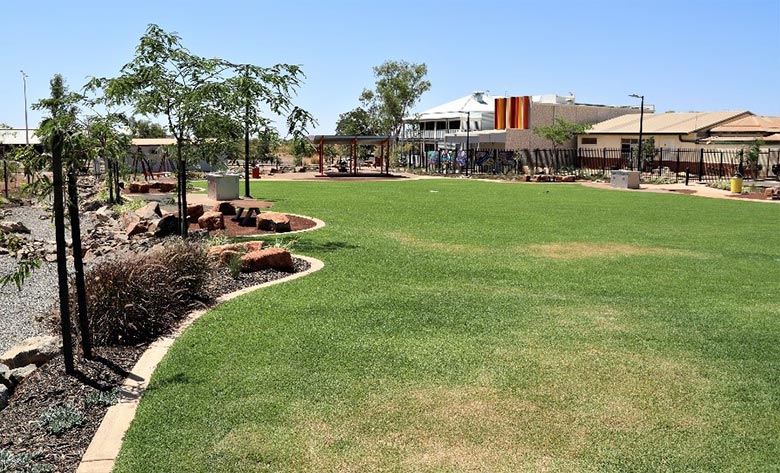 Called Ganalili—‘new dawn’ in Yindjibarndi language—the cultural centre officially opened on 7 September. For both the corporation and for the town of Roebourne, it represents a fresh start and new opportunities. CEO of the corporation, Michael Woodley, hopes that the restored hotel will be a ‘single point of contact for the community’ where people can share ideas and be inspired to add value to their community. 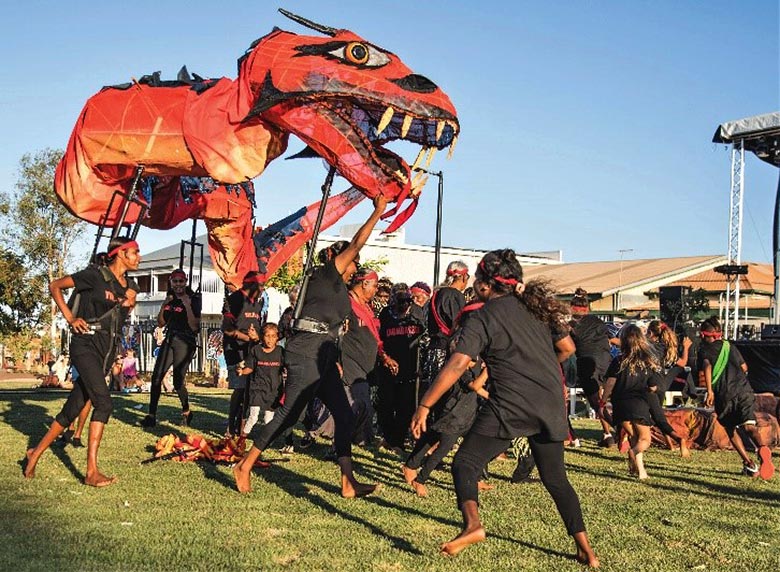 To celebrate the opening, Yindjibarndi Aboriginal Corporation RNTBC held a community day that included a wonderful puppet performance of a creation story, with puppets made by community members (with the help of a master puppeteer), and powerful performances by Spinifex Gum and Jawijalurra Production. 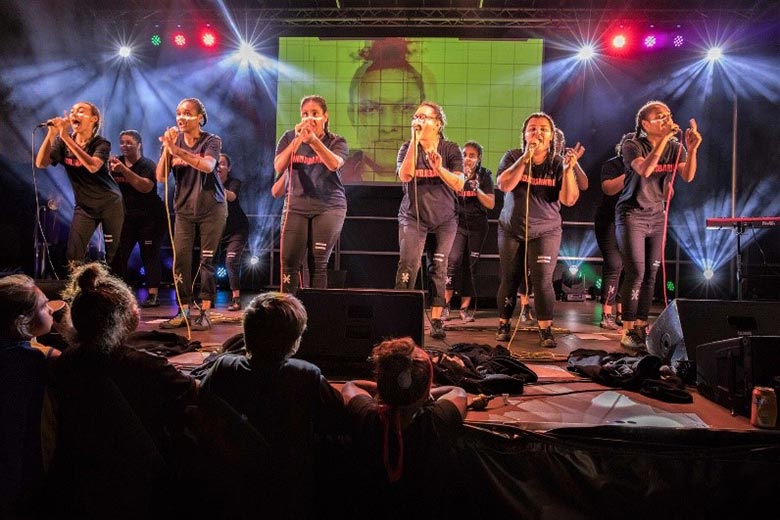 Given the corporation's commitment to involving local people, the actual process of building the Ganalili Centre was no less community-centred. The project had broad support from Yindjibarndi people, local and state governments; and a partnership with the Western Australian Department of Justice meant that local prison inmates had the opportunity to contribute and gain skills. 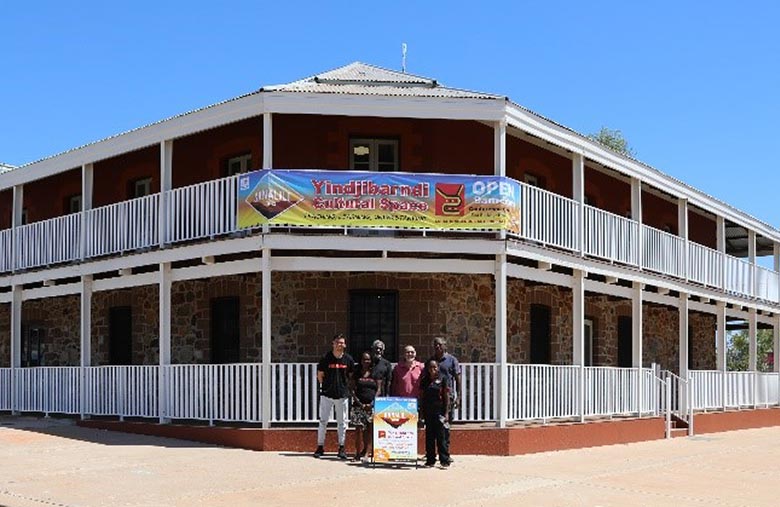 Directors of Yindjibarndi Aboriginal Corporation RNTBC intend for the Ganalili Centre to be a linchpin:

We are extremely proud of the outcome in redeveloping the old Victoria Hotel into a positive hub for our community and members. The Ganalili Centre will provide office space for various sectors that work with our community. It will also house a community library,  visitors centre and community park. We're forming a cultural complex to showcase Yindjibarndi cultural history.

Facilities in the Ganalili Centre also include a café, and its cultural centre has interactive screens on which visitors can view a genealogical map of the Yindjibarndi people, as well sa other cultural items. 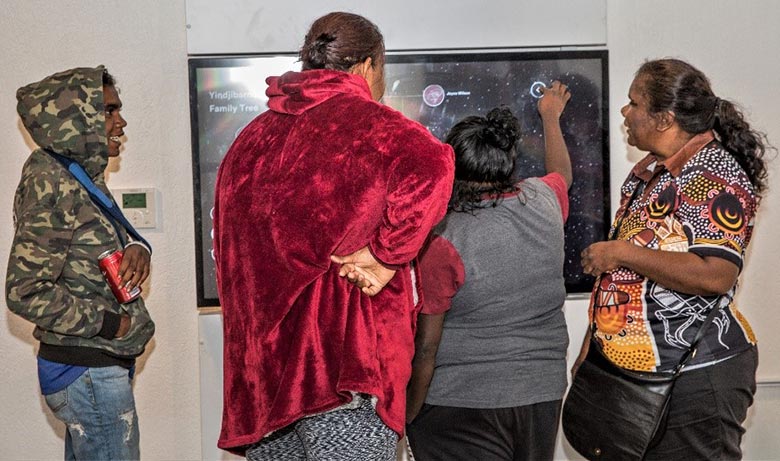 The transformation of the Ganalili Centre from run-down hotel to community hub is a testament to the strength and vision of the Yindjibarndi people and their community. 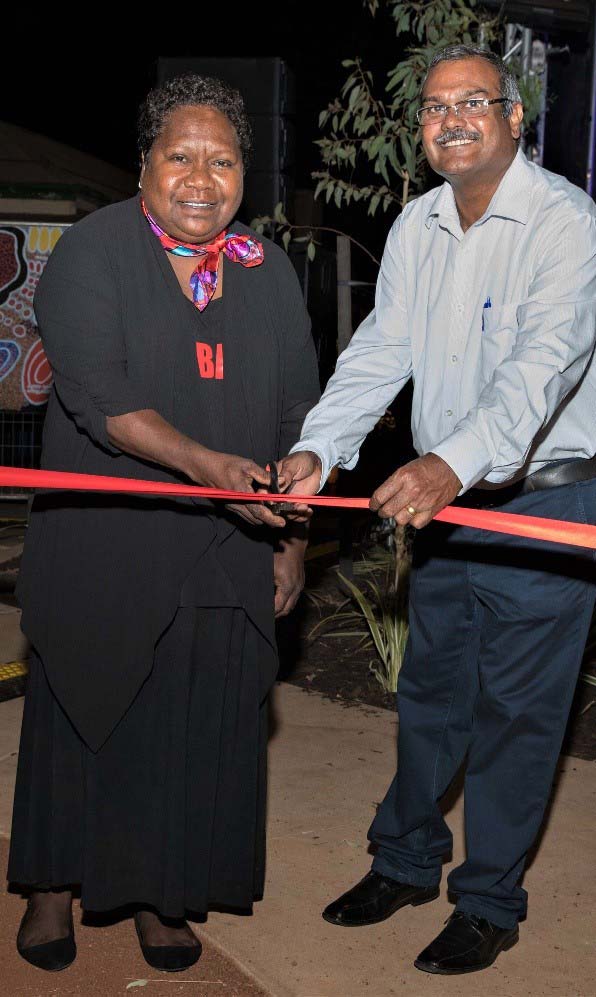 These momentous decisions demonstrate the determination and fortitude of the Yindjibarndi people, and have resulted in the corporation forming fruitful and lasting partnerships with government, industry, and other Indigenous groups across the country.

The directors are working to better understand how the native title process works so that they can guide the corporation wisely into the future. CEO Michael Woodley also hopes that the directors will continue to lead the corporation in building and maintaining strong partnerships, as it has done throughout the process of building the Ganalili Centre.

Reflecting on their recent achievements, the Yindjibarndi Aboriginal Corporation RNTBC directors are optimistic for the future of their corporation:

Our hope is that we can inspire other community developments and leave a legacy for the next generation.