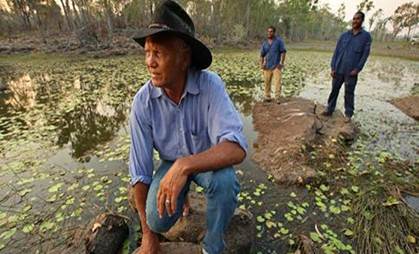 In Dec 2014, the Olkola people took back ownership of a further 737,320 hectares of their traditional lands following a 30-year campaign led by elder and corporation chairman, Michael Ross.

‘That’s what I have been doing for so many years—just chasing the rainbow for my people and, at the end of the day, we’re going to find the head of it. This is it,’ says Mr Ross. ‘Now we want to get on with repairing and protecting our country, and start making some money for our people.’

Returning land to the traditional owners is an important step towards securing an economic and environmentally sustainable future on Cape York. From its origins in 1996, the Cape York land tenure resolution process has seen millions of hectares returned to traditional owners. Today there is a continuous belt of Aboriginal-owned and managed land stretching from the Coral Sea to the Gulf of Carpentaria.

Olkola country starts ‘at the headwaters of the Lukin and Edward rivers and travels along the Great Dividing Range to the headwaters of the Alice and King Rivers’, encompassing both the east and west sides of the divide. Freshwater soaks and springs from escarpments feed into the headwaters’ creeks. Significant habitat lies in every direction for many species of plants and animals, including creatures such as the endangered Golden-Shouldered Parrot and endemic Tiger Crab. Other features include the sandy Kimba Plateau with its tall forests, the rocky Coleman Plateau, the Alice River anabranches, and the remote Holroyd Plain.

It is also a living cultural landscape. Each part has its own unique story and values. From the sandstone escarpments to the floodplains of the major rivers, there are rock art paintings, scar trees, burial sites, bora grounds and sacred sites—Olkola history is everywhere. And as Olkola people return to their ancestral country they will ensure that these artefacts and values are properly maintained.

For some time the Olkola Aboriginal Corporation has been working behind the scenes to create economic opportunities. With support from the Queensland State Government, for example, it has taken on a number of land management and cultural preservation activities. ‘We are already looking after the Alwal National Park (CYPAL) and mapping our country,’ says Mr Ross. ‘Our Olkola land management team is working with science, tourism and other sectors. We have projects going right now.’

One such project concerns ‘carbon trading’, which brings together the old world and the new. ‘We’re using the traditional early-burn methods of my mother’s people to reduce the number of wild fires that break out late in the dry season,’ says Mr Ross. ‘And as we go we’ll earn carbon credits which we can bank. Basically, it means we will be paid for smoke that doesn’t go into the air!  This is traditional knowledge paying off in all sorts of new ways—no one 100 years ago could have imagined carbon farming.’

In this part of Australia there’s a great deal of interest in using ancient methods in modern land management—some date back 50,000 years. Recent scientific research studies with the Olkola on the Kimba Plateau and along Crosbie Creek have ‘demonstrated a high level of geodiversity and biodiversity along free flowing rivers, creeks and springs,’ says river scientist Dr Jeff Shellberg. ‘Traditional practices have maintained large regions where physical and ecological processes function normally.’ But even relatively intact areas are ‘threatened by weed invasion along roads, feral animals, and uncontrolled wildfires in the late dry season’. Conservationists, such as Dr Barry Trail, suggest that ‘the landscapes of much of the outback need more people living and working on them, not less, to thwart the series of deeply entrenched threats by implementing conservation programs.’

Such a sentiment couldn’t be closer to Mr Ross’s heart. ‘The best way to look after country is to live and work on it,’ he says. ‘We want our young people back here with us learning and understanding the old ways as well as the new of looking after the land, waterways and lagoons. We want them to feel the respect for the land, develop a connection with the land and know their culture.’

Olkola people are confident it is the right way forward for outback communities—socially, culturally, economically and environmentally.

For more information about Olkola Aboriginal Corporation and its activities: www.olkola.com.au and https://vimeo.com/112896070 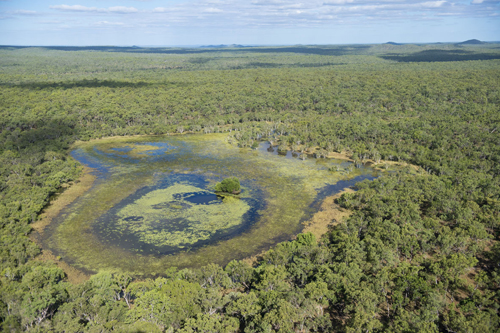 Freshwater ecosystems including permanent springs, wetlands, lagoons, floodplains, creeks and rivers are a feature of Olkola country, which is rich in biodiversity and geodiversity. Photo: Andrew Picone 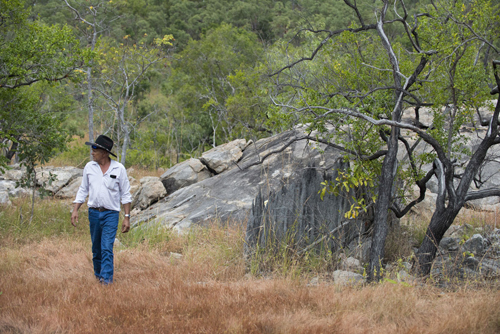 ‘The Olkola vision is coming to reality,’ says Mr Ross. ‘We have stood together, upholding and carrying on our traditions to care for our country. Our ancestors have entrusted us not to take more than the land can give so it can provide for future generations.’ Photo: Andrew Picone 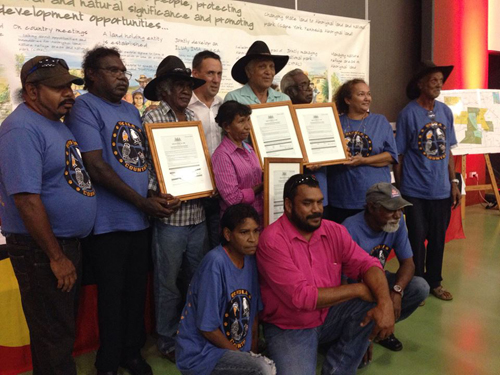 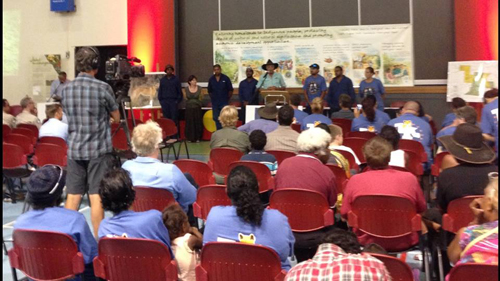 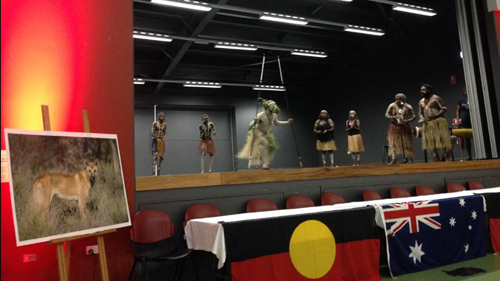 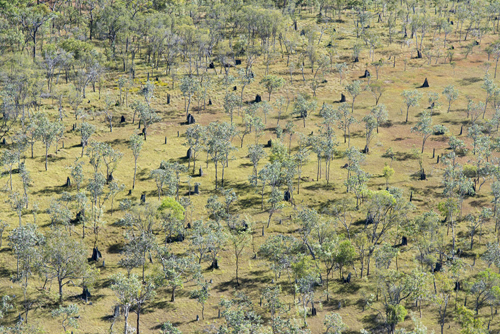