Through a combination of both-ways land management, social support and enterprise, Dambimangari Aboriginal Corporation is developing a new generation of leaders to sustain language and culture.

Kimberley, Western Australia: Many members of the Dambimangari community live in the Western Kimberley—in Derby, Mowanjum and other places—and some are as far away as Perth. Government policy and history have dislocated and fragmented them, but essential traditions and identity remain. 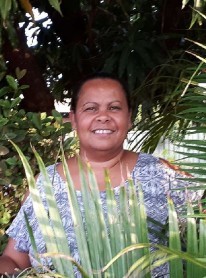 Rowena Mouda, chair of the board of Dambimangari Aboriginal Corporation

For directors of Dambimangari Aboriginal Corporation, a key objective is to develop a new generation of leaders to preserve language and culture. So the task of creating opportunities for people to return to country is high on the agenda. They need to make sure that members know the value of being connected to country, and are able to take up the opportunity to restore those connections as they arise. So the corporation also looks after its people, with health, education, employment and social support. Of course, returning to country depends on the land being in good shape, so managing a top-notch ranger program guided by the Dambimangari Healthy Country Plan is another vital part of the corporation’s work.

Chair of the board, Rowena Mouda, describes the concern that elders have expressed, that Dambimangari cultural heritage and law are at risk due to the demands and stresses of modern life.

When the elders look around, they see this new generation of young people who’ve never known the feeling of belonging and safety they know from living on country. They want to give young people that experience. As directors of Dambimangari Aboriginal Corporation, it’s our job to pave the way to make that happen.

Clearly, cultural revival is a primary objective for this corporation; and they are creating the opportunity to achieve it.

Dambimangari people lodged a native title claim in 1998, registered the Dambimangari Aboriginal Corporation in 2006 and finally, in 2011, won a determination by consent. The decision recognised their connection to coastal lands and waters and hinterland between the Robinson and Prince Regent rivers. The following year, 2012, the corporation released a 10-year strategic ‘healthy country’ plan. Since then, the directors and staff have reached several major milestones.

In 2016 the corporation signed an agreement with the Western Australian Department of Biodiversity, Conservation and Attractions to jointly manage the marine ecology of Dambimangari country. Then in December 2017, it formed a partnership with Australian Wildlife Conservancy to look after inland Dambi country: the only place in Australia to have suffered no extinctions since colonisation. The idea of both arrangements is to combine scientific and traditional cultural ways of knowing to ensure best-practice care for country. By working with environmental scientists, Dambimangari rangers and other employees bring both sets of knowledge to their work of monitoring and managing the flora and fauna of Dambimangari country, including fire management.

For the corporation’s board, these agreements are a big win for both community and country. As Ms Mouda says, ‘These partnerships hold the potential to deliver some very solid conservation outcomes for a unique part of the world. We’re proud to see Dambimangari people leading Dambimangari projects both in the field and in the administrative realm.’ 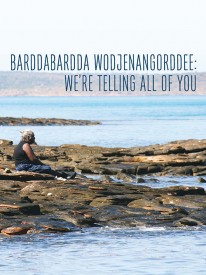 Another key achievement for 2017 was the publication of a book about Dambimangari country, culture and history—part of a major effort to preserve heritage and identity and help young people understand their country and ancestry. Developed over five years with senior elders and family representatives, in conjunction with a group of researchers who have worked with the elders for 40 years, the book is called Barddabardda Wodjenangordee: We’re telling all of you. It’s a major work—416 pages, including 50 images of people and striking rock art—and it presents significant details of Dambimangari country, the old people and the resilience of Dambimangari culture and community both before and after colonisation. Ms Mouda situates the book in terms of the corporation’s mission as follows: ‘For us, cultural revival is just as important as economic development and environmental management.’

Evidently, Dambimangari Aboriginal Corporation is a well-run organisation with a clear vision for healthy country and culture, both past and future—in other words, for all time.