Recent celebrations at South Alligator River in Kakadu National Park have marked an important milestone in a long journey. For the past 10 years it has been a dream of a dedicated group of people to set up a regional health service that was not only culturally sensitive to the needs of the community but also controlled by the community.

Today that dream is a reality.

The Red Lily Health Board Aboriginal Corporation, which registered under the Corporations (Aboriginal and Torres Strait Islander) Act 2006 in May this year, provides comprehensive primary health care to the Bininj/Arrakpi people.

In both application and scope Red Lily is different—some might say unique. First of all, it covers a vast remote region, from Croker Island in the north to parts of Arnhem Land and Kakadu regions in the south. Secondly, it serves a distinct and diverse group of traditional people.

As the Red Lily rule book says, ‘Our vision acknowledges the distinct and diverse identity of our people and their communities’.

At the heart of Red Lily is a deep commitment to improving the health of Bininj/Arrakpi people. It is achieving this through encouraging local engagement in decision making, promoting community interaction, and respecting cultural diversity.

Regionalising health care means holding clinics and informal gatherings in communities. Red Lily is making it easy for people to participate and to feel confident about having their say. The community has the power.

‘Red Lily have the will and the expertise to address matters of concern,’ says John Paterson, Executive Officer, Aboriginal Medical Services Alliance Northern Territory (AMSANT). ‘They talk about social and emotional wellbeing and offer early childhood intervention and family support. They also provide practical help and do not shy away from the difficult issues, for example, mental health, and drug and alcohol abuse.’

The story of this thriving community-controlled heath service draws a strong parallel with the re-emergence of the red lily, a native plant once common in parts of Arnhem Land. Almost wiped out by the trampling hooves of buffalo—an animal introduced in the early1800s by British settlers—the red lily began to regenerate in the 1980s (following a Northern Territory Government policy to remove the beasts from the region).

Like the blooming of its namesake, the Red Lily Health Board Aboriginal Corporation is also slowly but surely rejuvenating the region, by improving health and empowering its local people.

And it is doing it by adapting governance structures to meet its own needs.

Note: The Registrar of Indigenous Corporations, Anthony Beven, attended the launch of Red Lily at South Alligator River on 11 July 2011. ORIC staff member Christian Lugnan also worked closely with the board in designing its rule book and explaining the incorporation process.

You can find out more about Red Lily by visiting its website www.rlihb.org

The partners involved with the Red Lily Health Board Aboriginal Corporation as it moved towards incorporation under the CATSI Act: 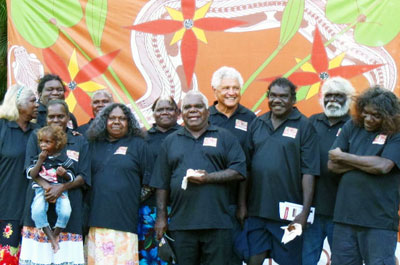 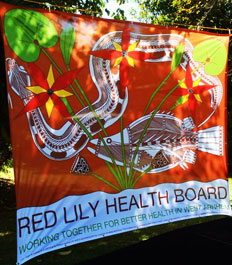