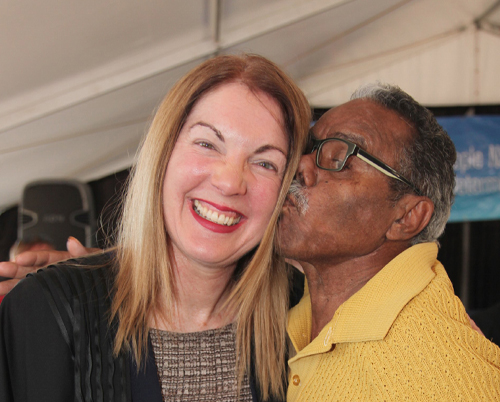 We’ve finally done it! Justice Berna Collier receives a kiss from Butchulla elder and corporation director Malcolm Burns after handing out copies of the determination at the ‘on country’ sitting. Photo: Jocelyn Watts/APN

Fraser Island, Queensland: It’s been a long battle but finally it has been won. In late 2014 the Federal Court of Australia handed down a determination that recognises the Butchulla people’s non-exclusive native title rights and interests over Fraser Island, also known as K’gari, which means paradise.

With its ‘sandy dunes, age-old sub-tropical rainforests and pristine lakes’, it is well named.

In his message of congratulations, the Federal Minister for Indigenous Affairs, Nigel Scullion, said, ‘The Butchulla people have struggled since the early 1970s to have their land rights recognised in order to protect their country and sacred sites from sand mining and other environmental threats.’ Their steadfast resolve was rewarded first in 1977 when they saw mining operations cease and again in 1992 when K’gari was added to the World Heritage List.

‘Everything has fallen into place,’ says Kyleigh Currie, a director of the corporation. ‘For many decades we fought a tough legal campaign which has now come out right. The Butchulla Aboriginal Corporation will progress our rights and develop a vision for the future of the island—K’gari.’

The determination handed down by the Federal Court acknowledges that the Butchulla people have lived here for 5,000 years. ‘Their enduring spiritual affiliation to K'gari is evident in the island’s creation story. K'gari was a white spirit from the sky who was changed into an island so that she could stay forever in the beautiful place she had helped to create.’

Recognition of their land rights has given back to the Butchulla people not only the freedom to enjoy and protect their traditional lands and waters but also the freedom to explore opportunities for economic development.

‘We feel strongly about our responsibility to take care of our spiritual places and uphold our traditional customs and laws,’ says Kyleigh Currie. ‘We want to secure our future by creating jobs and attracting suitable employment opportunities.’

These are three Butchulla (Badtjala) lores:

K'gari is our home! This is our place! 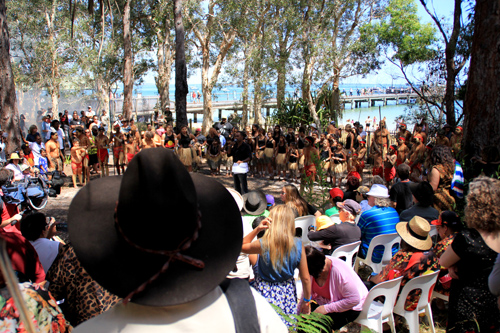 A welcome to country ceremony was held before the ‘on country’ sitting of the Federal Court. About 400 Butchulla people attended. Photo: Ross Kay/ABC Wide Bay 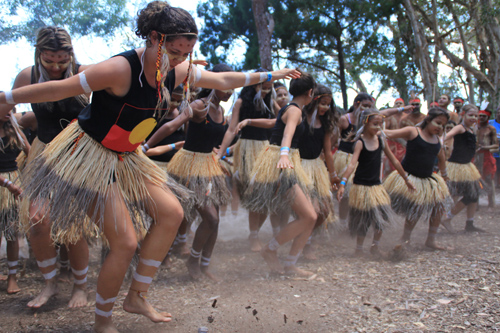 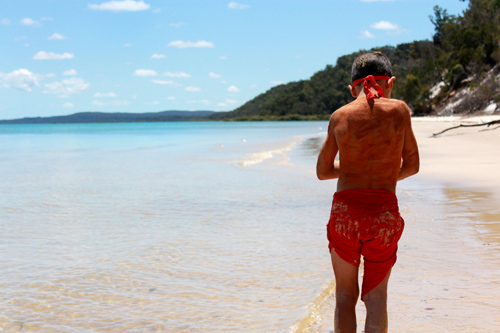 Stand strong, stand proud, stand together. The determination is empowering. It says ‘we recognise you, Butchulla people, as the traditional owners of K’gari’. For the people whose grandparents were removed from their home two generations ago the recognition is particularly important. Photo: Ross Kay/ABC Wide Bay