For over 30 years Orana Haven has been helping the community. It started from premises in Brewarrina in far-north New South Wales but now operates from nearby Gongolgon. In 1979 it incorporated under the Aboriginal Councils and Associations Act 1976—an earlier incarnation of the Corporations (Aboriginal and Torres Strait Islander) Act 2006—making it one of ORIC’s oldest corporations.

Orana Haven runs a residential rehabilitation centre for Aboriginal people struggling with drug and alcohol abuse. The centre came about mainly through the efforts of the Aboriginal communities of the Murdi Paaki/Orana regions of New South Wales. They saw an urgent need for a ‘safe, understanding and culturally sensitive sanctuary’ for men and women—but particularly men—whose lives were being destroyed by addiction.

Clients who come to Orana Haven receive care, support and guidance to help make difficult and profound lifestyle changes. And the treatment works. A wide range of services refer clients—for example, local hospitals, Aboriginal medical services, alcohol and other drugs treatment services, and probation and parole services. For most it’s their first real chance to gain some sanity and balance in their lives.

On its 10-hectare property overlooking the Bogan River, Orana Haven is peaceful and serene. As clients get used to the place and become residents, they reconnect with their spirituality and are encouraged to participate in activities. Creating artwork, visiting cultural places of interest, cooking food (including bush tucker), and carrying out household chores are all part of the rehabilitation program. There’s a structure to each day and everything is geared towards the residents gaining or relearning life skills. There is also a strong emphasis on education and acquiring work skills through, for example, TAFE courses.

‘What we do here is allow people to recover their lives,’ says CEO Norm Henderson, ‘I’m not saying for a minute it is easy. For most of our residents it’s a tough, slow and painful process. The staff are here to simply provide a safe environment and to be good role models.’

Typically residents stay for a minimum of three months during which time they learn about community, making healthy choices, putting order into their lives and what it means to have personal responsibility. At Orana Haven they have the chance to build their self esteem and prepare to rejoin their communities as healthier, happier and more productive individuals.

‘There’s no doubt about the value of the service Orana Haven provides,’ says the Registrar of Indigenous Corporations, Anthony Beven, ‘or the strong support it receives from the local community.’

Yet a couple of years ago Orana Haven found itself in serious administrative trouble. Poor governance practices led to operational issues forcing the previous directors to turn to the Registrar for help. The Registrar was quick to respond and appointed a special administration in June 2010. This ended in March 2011. ‘People look back and think the special administration was the best thing that could have happened,’ says Norm. ‘The corporation was handed back to its members in a much healthier state and several good things have followed.’ Orana Haven now has a highly qualified board with extensive experience in the community health sector, a clear corporate governance structure and the ability to expand its membership base.

With these in place it is set to continue its good work.

A number of funding bodies were instrumental in rebuilding Orana Haven, including the Office of Aboriginal and Torres Strait Islander Health (OATSIH), NSW Health and Aboriginal Hostels Ltd, local Aboriginal medical services and other community groups. 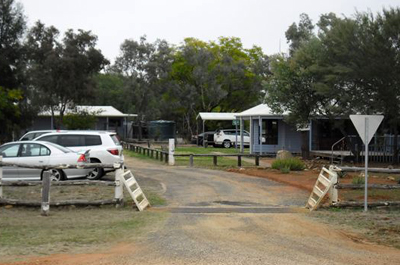 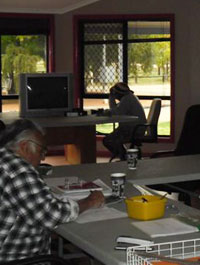 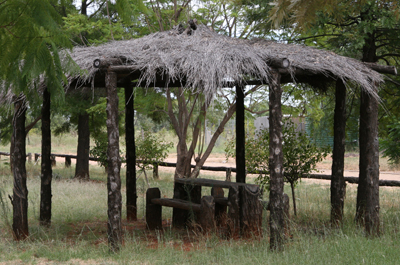 Photos: Residents usually spend three months at Orana Haven. This is the minimum time it takes to break bad habits and overcome addictions. Photo: Orana Haven.
One of the meeting shelters in the grounds used for group discussions. Photo: Ruth Jones/ ORIC