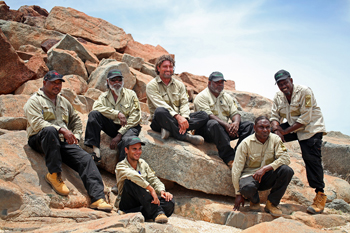 Burrup Peninsula, the Pilbara: Western Australia’s 100th national park is officially open and in a first for that state it is solely owned by Aboriginal people and jointly managed by Murujuga Aboriginal Corporation and the Department of Environment and Conservation.

‘It’s taken some time to finalise the arrangements but we’re pleased with the result,’ says Ron Critchley, CEO of Murujuga Aboriginal Corporation. ‘We have established a unique management structure which is working well.’

Aboriginal rangers trained and employed by Murujuga Aboriginal Corporation run the park and report to the Murujuga Park Council, which is made up of both corporation and department representatives.

The Murujuga National Park covers nearly 5,000 hectares of the Burrup Peninsula, near Dampier, and contains the largest concentration of ancient rock art in the world, some of which dates back more than 30,000 years. The area is also widely acclaimed for its diverse vegetation and magnificent scenic landscapes. Not surprisingly, it draws a great deal of recreational and research interest, and is primed for tourism opportunities. 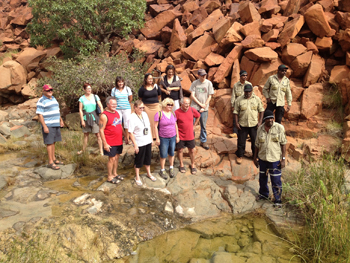 ‘It was agreed when they built Pluto (Woodside LNG gas project) the rest of the Burrup would be handed back to Murujuga so we could get title and turn it into a national park,’ explains Mr Critchley. 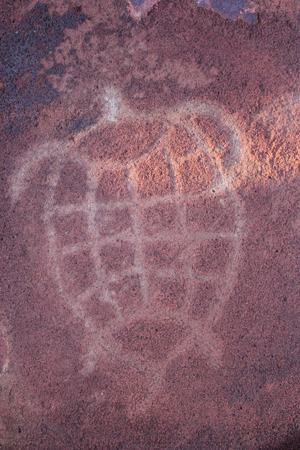 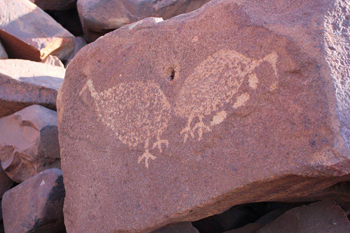 So although it has taken some years to satisfy the legal requirements and sort out the terms, it’s great news that the land is now formally back in the hands of Aboriginal people and the future looks bright.

‘Everything is moving along as we planned,’ says Mr Critchley. ‘We’re providing training for our rangers and a circle of Elders share their knowledge with us and direct what we should do.’

Passing on cultural knowledge is the primary focus. The Burrup Peninsula is one of the country’s most important cultural sites with well over a million petroglyphs (rock carvings) which Murujuga rangers now have the responsibility to protect. Many feature the thylacine (Tasmanian tiger) and the fat-tailed kangaroo, both of which have been extinct on the Australian mainland for thousands of years. These carvings are the ‘Bible’ for the groups and depict ancient lore as well as signposts for traditional hunting seasons.

‘We have a big vision and clear objectives,’ says Mr Critchley. ‘We see our future as preserving and promoting cultural values, aiding responsible anthropological research, and providing world-class facilities for visitors.’

There is no doubt Murujuga Aboriginal Corporation is committed to running the park to the highest standards and providing ongoing employment opportunities to the traditional people.