A story of rockets, stars and growth—and how Gumatj Aboriginal Corporation embraces them all 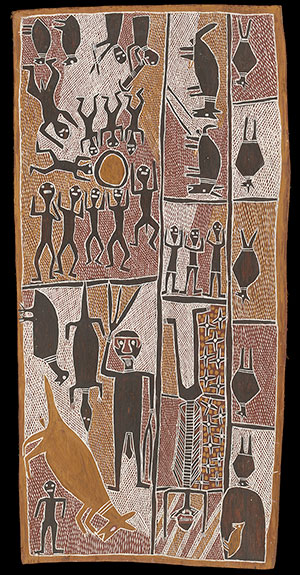 Ganbulapula, by Mungurrawuy Yunupingu, 1967. Painting held by the National Museum of Australia

Northeast Arnhem Land, Northern Territory: Gumatj Corporation Ltd (a not-for-profit corporation started by Gumatj Aboriginal Corporation) recently made news when it subleased a 60-hectare parcel of land to Equatorial Launch Australia (ELA) for a base to launch rockets into space. One of the objectives of Gumatj Aboriginal Corporation is to advance the Gumatj people by using traditional knowledge systems to promote ownership and empowerment in business enterprises. You might think that a rocket launch-pad on Gumatj land has nothing to do with traditional knowledge. But on closer inspection, cultural knowledge and practice seem to be at the heart of this business decision. Gumatj people are prompting us all to look back, look forward and—especially—to look up, which is precisely what the Yolngu word ‘dhupuma’ means.

The site where ELA will launch rockets is called Gulkula. It looks over an escarpment full of grey stringybark trees that flower in August, attracting small native bees that turn nectar into honey. This is an important place for Gumatj people. It’s where their ancestor Ganbulapula (also called Murayana) brought the Yidaki (didjeridu) into being—and where he inspired them to look up:

In his search for honey, Ganbulapula used his walking stick to hit the trees and so disturb the bees. With his hand shielding his eyes from the sun as he looked up, Ganbulapula could see the tiny black bees hovering around their hive in the hollow of a tree. He is known to look upwards to trace the flight of bees.

Ganbulapula may have been the first one to look up from this land, to track movements in the sky and through that, to seek knowledge. He certainly wasn’t the last.

In the 1960s, some of those trees at Gulkula were bulldozed for a rocket tracking station that operated from 1967 to 1970. The Down Range Guidance and Telemetry Station was set up and run by a space research agency: the European Launcher Development Organisation (ELDO). Its purpose was to help track and guide rockets designed to deploy satellites into orbit.

In other words, for a few years ELDO enabled researchers to look a thousand miles up from Arnhem Land as they tracked the path of rockets. 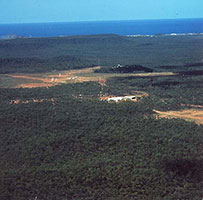 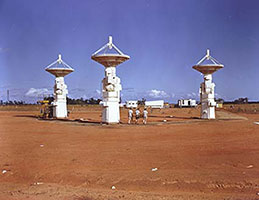 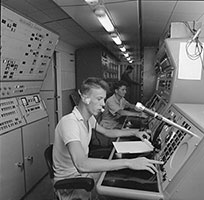 Aerial view of the ELDO site; the station; Belgian telemetry staff, 1967. Photographs held by the National Archives of Australia

When the station closed in 1970, the facilities were repurposed as a school for young Yolngu people. Named ‘Dhupuma College’, its logo—designed by one of the first students to attend, Bruce Manggurra—was inspired by Ganbulapula looking up at the bees. The (inaugural) 1972 yearbook has the whole story.

Gumatj first incorporated in 1979 (under the NT Associations Act), to advance the interests of and generate employment for the Gumatj people. Since 2008 they have been incorporated as Gumatj Aboriginal Corporation, and late in 2017 they won a long-fought battle for a 99-year lease over their own land. In the early days, the corporation was reliant on mining royalties. Thanks to Gumatj Corporation Ltd, which has grown steadily in five years, the business interests of the Gumatj group now include a bauxite mine (the first Aboriginal-owned and operated mine in Australian history, which opened in December 2017), a mining training centre, a timber mill, a cattle farm, municipal services, and construction. The Gumatj group is also proud to employ over 70 Yolngu people.

One recently-completed building project is the Garma Knowledge Centre on the escarpment at Gulkula, now home to the annual Garma festival—as well as the forthcoming rocket launch site. The building honours Yolgnu cultural wisdom in many ways. For example, it integrates steel panels full of laser-cut stars that translate Gulumbu Yunupingu’s signature painting, ‘Garak, The Universe’. 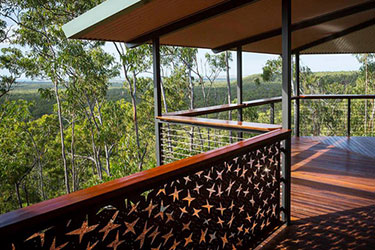 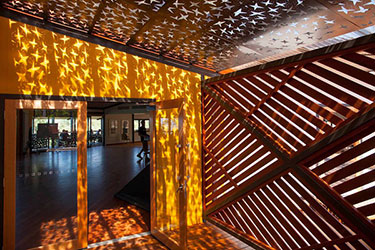 Above, the laser cut panels in the Garma Knowledge Centre, and below, Gulumbu Yunupingu’s painting, 'Garak, The Universe'.

Ms Yunupingu was a director of Gumatj Aboriginal Corporation from its incorporation in 2008 until her death in 2012. She was also a nationally and internationally acclaimed artist. She said that her ‘Garak’ works are about ‘the entire universe, all the stars that can be seen by the naked eye, and also everything that exists far beyond any scientiﬁc expedition or estimation – everything that can be imagined and all that cannot.’

In honour of Ganbulapula and the wisdom of Ms Yunupingu, Gumatj Aboriginal Corporation keeps looking up.

In economic terms there’s a sweet synchrony here too. Below is a graph showing the trajectory of the corporation’s equity over ten years. The most recent (2016–17) year was definitely stellar. 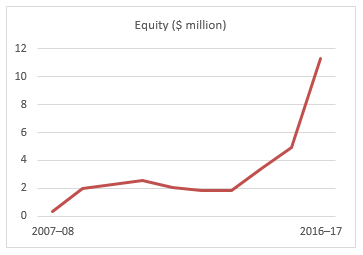 In November 2017 Gumatj Aboriginal Corporation signed a 40-year lease with Equatorial Launch Agency to enable it to develop a base for launching sounding rockets from Gulkula—right where the 1960s station was, right where Dhupuma College was, just a few kilometres from the Garma Knowledge Centre.

It’s a project that will benefit Gumatj people and possibly all humankind. Sounding rockets carry instruments for research up to the lower atmosphere. Once in space they hover for a few moments, collecting data. Then, with the help of a parachute, they return to Earth. Gumatj Corporation Ltd CEO Klaus Helms emphasises the economic and employment benefits of the partnership: ‘We are at the forefront of developing a new industry in our region for Australia, which will see long-term benefits for East Arnhem Land.’ Deputy Chair Djawa Yunupingu adds: ‘The Gumatj people are excited to work with ELA on this new project, on our land, at the Dhupuma plateau, where Ganbulapula looked up through the bees and saw the future.’ 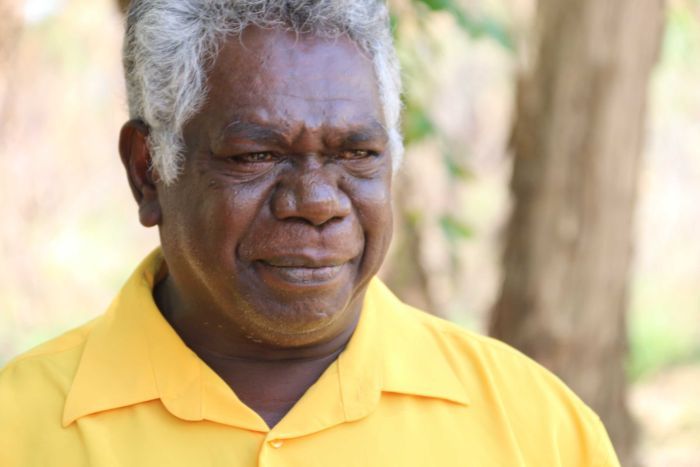 Gumatj people have always favoured the upward look so it makes sense that their corporation should strike a deal with a space agency. By elevating the gaze we can elevate the mind, and that is a sure way to grow.