Kaltjiti (Fregon), APY Lands, South Australia: In December 2013 a fire swept through the Kaltjiti store destroying the community’s only shop and service station. Sparks spread from cardboard boxes to gas cylinders which then exploded, forcing the fire up the walls and through the ceiling. The store was gutted.

Just days out from Christmas local residents were stranded without provisions. The damage bill was estimated at around $2.5million.

‘It couldn’t have happened at a worse time,’ said Dennis Bate, manager of the Kaltjiti store. ‘The shop was well stocked. Many people were about to come in for their Christmas supplies and to pick up a few extras, like treats and toys for the kids.’

The Kaltjiti store is owned and run by the Kaltjiti Anangu Store Aboriginal Corporation which incorporated under the CATSI Act in 2010. It’s one of eight similar community-owned stores in the APY Lands which people who live in this remote part of South Australia depend on. ‘The store is the hub of the community,’ said Mr Bate. ‘It’s where everyone gathers, has a chat and finds out the local news. It’s much more than just a shop where you buy food and household things.’

Most stores are run by a separate Aboriginal corporation but all come under the watchful and guiding eye of Mai Wiru Regional Stores Council Aboriginal Corporation. Mai Wiru is the peak body that coordinates the stores’ operations.

‘The support we receive from Mai Wiru is wonderful,’ said Mr Bate. ‘Mai Wiru regularly brings in fresh produce—vegetables, fruit and meat—in large refrigerated trucks directly from the Adelaide markets. They also bring in all sorts of other necessary items, from furniture to car parts, and from cooking oils to fuel.’

Unfortunately, in the immediate aftermath of the Kaltjiti store fire, a lot of people felt unsafe and decided to move out of the small community of about 350 residents. Those who stayed faced the prospect of either driving some 150 kilometres (round trip) to shop at a neighbouring community store or simply to go without.

‘I remember it as an extremely sad time—people were worried and couldn’t understand how the fire happened,’ said Mr Bate. ‘Some wondered if it was deliberately lit and, if so, why. The fire really affected the social structure and harmony of the community.’

Mai Wiru however responded quickly and decisively by setting up a temporary store to help restore community confidence and to get essential supplies to residents.

Some of the store’s staff accommodation, comprising a two-bedroom donga, was turned into a temporary store. And using a bit of creative licence, the store’s managers along with a couple of helpers ‘reconstructed’ the interior to make a very presentable shop front. They also salvaged what they could from the burnt out store, including some shelving which took many hours of hard work to clean and some ‘polypaper’ money which they gently and carefully washed.

In just over a week after the devastating fire the temporary store was ready to open with fresh supplies already trucked in, thanks again to Mai Wiru. The Kaltjiti community store was open for business.

‘The biggest headache was the power supply—we needed to get more power switched on to service a portable chiller and freezer container,’ said David Shomburgk, Mai Wiru’s general manager.

Yet with the combined effort and goodwill of many, including the South Australian Government, private contractors, such as Wiltja Construction and Richardson Electricals, and the local community, it all came together.

‘It was a frantic time but looking back everyone pulled together and a lot of people showed great generosity,’ said Mr Schomburgk. ‘We even managed to organise a Christmas party for the children, and no one seemed to worry that it was a little bit late.’

Today the Kaltjiti store is completely rebuilt with increased security and fire safety, and is going well. It was officially opened in July 2015, much to the community’s approval.

It all goes to show that even when there are serious setbacks life goes on. That’s resilience.

Background
The Kaltjiti community is situated in the far northwest corner of South Australia in the Anangu Pitjantjatjara Yankunytjatjara Lands (APY Lands) and has a population of approximately 350 people.  It’s one of 11 communities on the APY Lands which is home to about 3,000 Anangu residents. Across the APY Lands there are five Aboriginal-owned and governed stores under the auspices of Mai Wiru Regional Stores Council Aboriginal Corporation (ICN 7379). They are: Amata, Ernabella/Pukatja, Pipalyatjara, Kaltjiti and Kanpi. Three other community stores (and one privately-owned store) are managed by private or government companies. 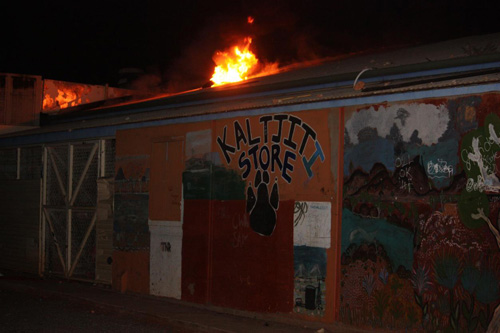 Fire at the community store at Kaltjiti (Fregon) in the APY Lands in South Australia caused extensive damage. 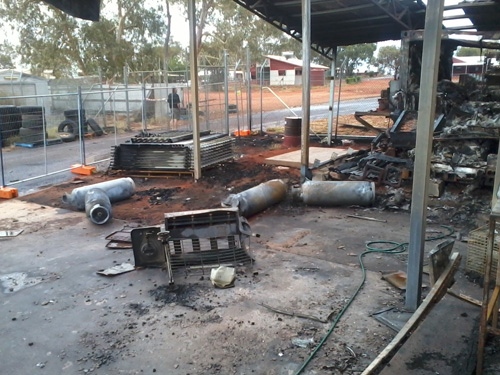 The burnt out store—nothing much was left. 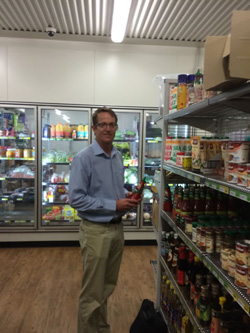 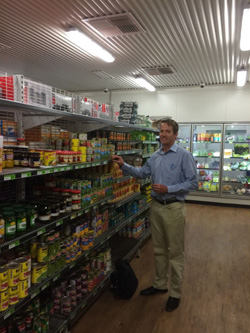 The Registrar, Anthony Beven, inside the new well-stocked Kaltjiti store. 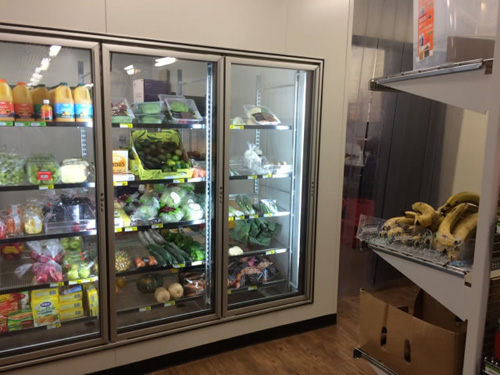 The new store’s refrigerated cabinets display an array of fresh and affordable produce. 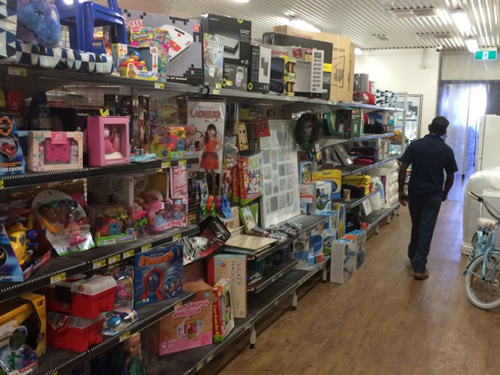 Toys and more toys—something for everyone! 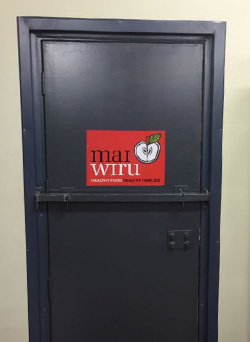 Mai Wiru is behind the fresh produce coming into the store.