This month we congratulate Coota Girls Aboriginal Corporation for its successful, sustained efforts to help the Stolen Generations to heal—and to enable Australia to understand their loss.

Sydney, New South Wales: Between 1912 and 1968 generations of young Aboriginal girls were taken from their families and forced to spend their childhood in Cootamundra Girls Domestic Training Home for Aboriginal Girls. Fifty years after the training home closed, some of the surviving detainees run Coota Girls Aboriginal Corporation, to maintain connection with each other and provide support. The corporation helps to meet their practical needs and looks after their social, emotional and spiritual wellbeing. Persistent grief over their lost connections affects children and grandchildren—this kind of trauma is intergenerational—so the corporation also serves the families of the Coota girls.

In the last 18 months, Coota Girls reached some massive milestones. In June 2018 the corporation realised its long-held vision to open an office in Central Station, reclaiming a part of where all stolen children passed through on their way to Cootamundra.

Then on 4 December 2018, a memorial to the Stolen Generations opened on Platform 1. The state government created the plaque in collaboration with survivor organisations of New South Wales. 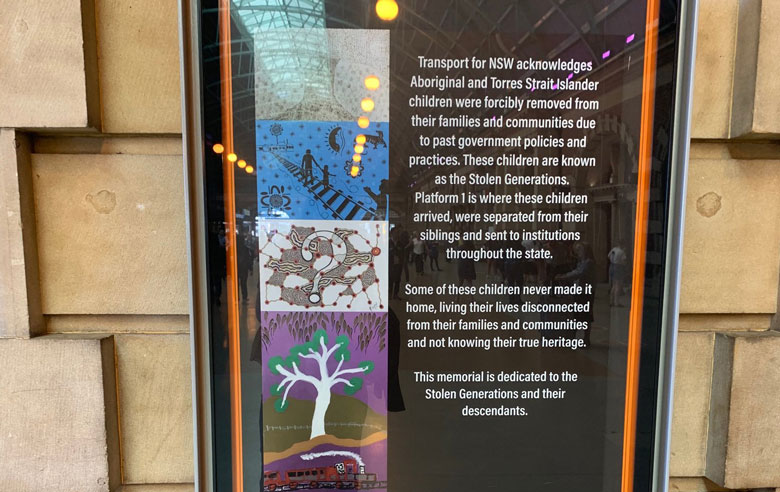 For the Coota women it was a sad and proud moment. 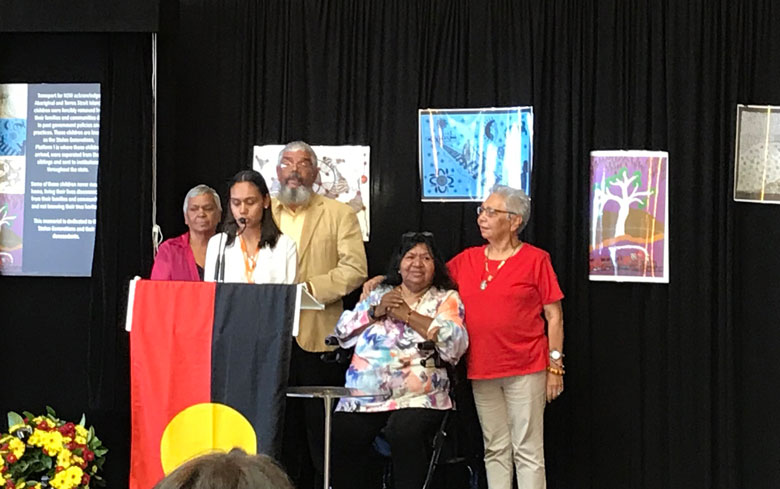 Members of Coota Girls are working carefully to reconnect broken links. With magnanimity characteristic of Aboriginal and Torres Strait Islander corporations, they’re also endeavouring to educate non-Indigenous Australians about how that experience of separation and loss endures and ramifies. This is a group with incredibly gentle, firm determination in the face of long-term neglect.

The corporation recently registered as a charity so donors can now receive a tax deduction.

These two aunties’ stories were published along with many others in the Aboriginal and Torres Strait Islander Healing Foundation’s Bringing Them Home 20 Years On: An Action Plan for Healing (PDF 14mb). The action plan was published on the 20th anniversary of the Human Rights and Equal Opportunity Commission 1997 report, and urges governments to implement all its outstanding recommendations. 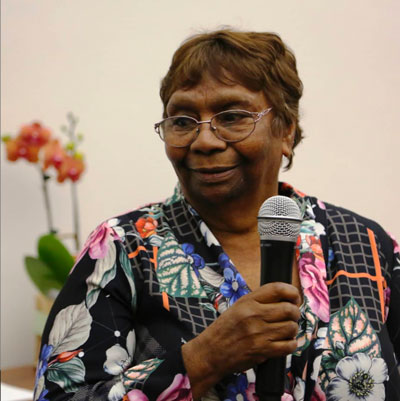 Doreen Webster is a Barkindji woman, born in Wilcannia, in the north-west of New South Wales.

I remember happy times with my parents before I was taken. My dad worked on a station. I loved it. I had a younger sister. She was a baby when she was taken.

Doreen and her brother John were taken to the local police station and locked up in a cell. The next day she was put on a train to Sydney, where at Central Station, Doreen was separated from her brother.

A man was waiting there for my brother, from Kinchela Boys Home. I said ‘Where are you going?’ And I was pulling at him, trying to pull him back. Here I am on the station, a little eight-year-old, screaming and crying because they were taking my brother away.

When I got up to Cootamundra I was thinking, ‘What’s going on here? Where am I?’ I had no idea where I was or what was happening to me. I was screaming for my mum and dad. When we got there we were treated so cruelly—so cruelly.

Doreen recalls the matron asking a police officer to punish her.

I was sitting down on the ground and he got me by the hair of the head and just pulled me up, straight up to my feet—lifted me off the ground and stood me on my feet—and then he stood on my foot. I had no shoes on. I was screaming out in agony. It was just horrifying. I used to run away all the time.

Doreen is now a vocal advocate for a joint aged care facility for survivors of both Cootamundra and Kinchela Boys Home, so they can spend their last years together.

For when we get older, a place where we can be. We are family, we are sisters to the Kinchela boys. They are brothers to us. And there is a closeness. That is our family. 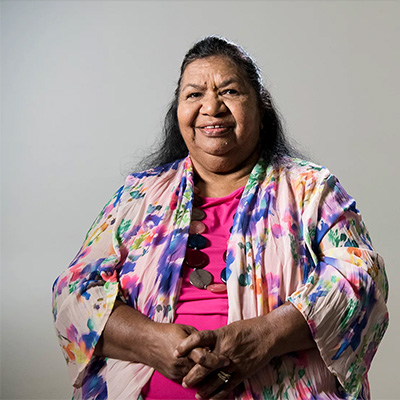 Fay Moseley’s father was a Rat of Tobruk in WWII.

His unit was called the ‘Devil’s Own, because there were more Kooris in it then non-Aboriginal soldiers. The 2/13 battalion was the only Australian unit to see out the entire 241-day siege of Tobruk in 1941. It was also one of the last to return to Australia.

Dad fought for this country to protect its people and their children, yet they took his children away.

Outside of the NSW Riverina town of Leeton, Faye and five of her siblings were walking to school one day when they were literally hauled into a vehicle. Their parents were at work. She was taken to the Cootamundra Domestic Training Home for Aboriginal Girls to be trained as a servant and assimilated into white society.

The Stolen Generations generated billions of dollars in revenue working out on those farms and in houses. They were never paid.

Faye is concerned that Australia still doesn’t understand the experiences of the Stolen Generations, and the profound impact that period of history continues to have on Aboriginal and Torres Strait Islander communities today. And she is worried about the numbers of Aboriginal children still being taken into protective custody.

History is a very important part of culture. Those who forget the past are condemned to repeat it.

On the 20th anniversary of the Bringing Them Home report, Faye says its recommendations are more important than ever. She also calls for future funding for healing programs to go to grassroots Indigenous organisations.