The Bula’bula arts centre was erected in typical tropical elevation style of the Ramingining community in Central Arnhem Land, 400 kilometres east of Darwin. The rustic building sits comfortably on stilts, nestled among the native trees of the remote red kangaroo country. 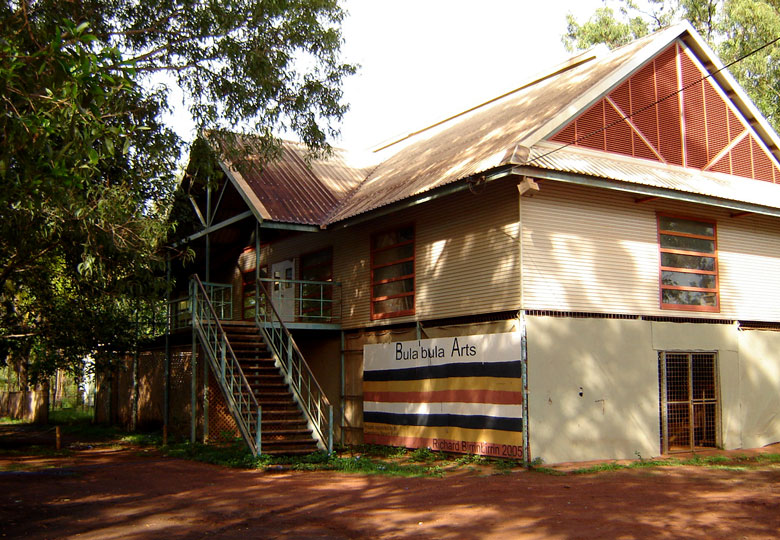 Local artists coined the name Bula’bula—the voice of the Garrtjambal or red kangaroo—in 1989. The name represents the message in the song cycle of the red kangaroo’s journey from the Roper River to the Ramingining region. The story is depicted in unique Ramingining-style—steeped in spiritual, ritual and historical narratives across a variety of mediums: print, painting, sculpture, fibre art, song, dance, as well as film and literature mediums.

Special administrator, Glen Walker from Walker Reid Accountants, was appointed on 10 December 2008 by the Registrar of Indigenous Corporations to help the corporation restructure its financial position and place the arts centre on a good governance footing. He has confirmed that BAAC is again covering familiar ground with operations returning to business as usual.

‘The business is responding exceptionally well to treatment with recent consignment orders for artworks from Hobart, Noosa, Sydney as well as the United Kingdom,’ Mr Walker announced.

The community-controlled corporation has long established itself on the world stage with a distinguished stylised work by well-known resident artist Philip Gudthaykudthay (Pussycat) with pieces currently worth up to AU$50,000 on the market. Pussycat identifies very strongly with the Kangaroo figure and hunting motif in his storytelling—the bedrock of his Ramingining culture and history.

Many Bula’bula works, such as those of Pussycat’s, were prized among international consignment collections across a European market that still eagerly flashes its loyalty card to obtain a piece of Bula’bula art.

With the monsoon season replenishing the tropical landscape of Ramingining, new life has been breathed into the arts centre in the form of the recently appointed manager, Helen Dunn, and plans to extend the staff further to include two Indigenous trainees and an assistant manager (curator).

The traineeships will be part of accredited courses with certificate attainment provided by the Ramingining Homelands Resource Centre and funding by the Department of the Environment, Water, Heritage and the Arts (DEWHA). The corporation plans to have two more additions in July making a total of four trainees in the team for 2010. There will be future opportunities for onsite training in horticulture, administration, business and curatorship.

Ms Dunn, acts as the main point of contact for corporation's onsite trade. Her long-term vision is to see the corporation become self-sufficient in terms of developing local skills, to be run by and to benefit the Ramingining and surrounding Indigenous community.

‘I’d like to see the reputation of Bula’bula gallery enjoy the success that it has achieved over the years,’ she said. 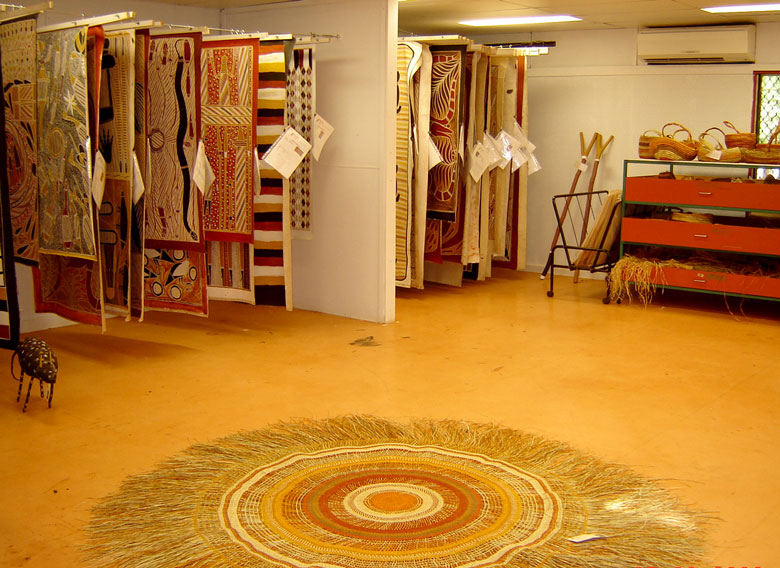