Noongar country, Western Australia: You probably heard about the momentous High Court decision of 26 November 2020, which triggered the largest native title settlement in Australian history, affecting 200,000 square kilometres of the south west of Western Australia and tens of thousands of Noongar. This story is an explainer—featuring South West Aboriginal Land & Sea Council Aboriginal Corporation (SWALSC), the corporation that negotiated the settlement and weathered its storms. 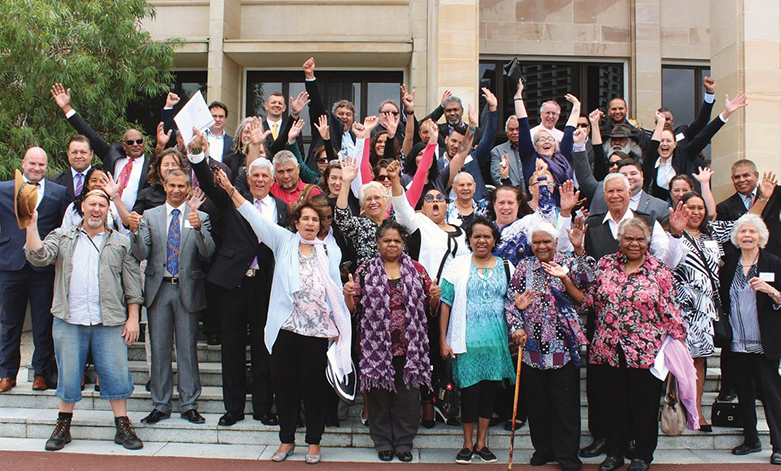 Celebration on the steps of Western Australia's parliament after the Noongar Recognition Act passed in 2016. Photo by Tracey Edwards.

Here’s the settlement area, showing Noongar lands and each of the six Noongar agreement group areas. 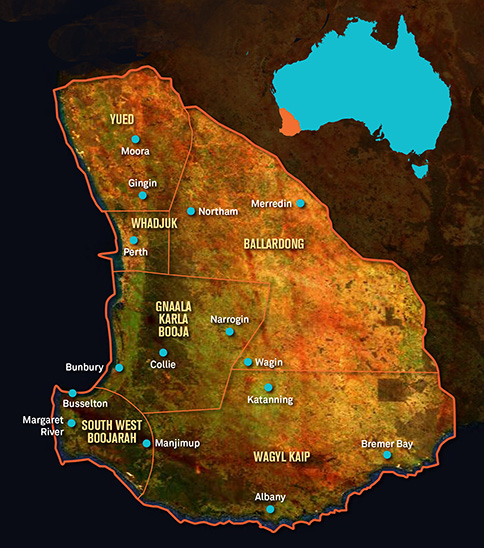 Realising they are stronger together, and that a single united claim might be a means to secure a comprehensive agreement for all Noongar, in 2003 they lodged a ‘single Noongar claim’ in the Federal Court. Those proceedings were protracted, and in 2010 Noongar and the Western Australian government embarked on a new course. They opted to set aside litigation and instead negotiate, as equals, for an agreement to settle the long-running court cases.

SWALSC stepped up to lead the negotiations. The corporation was determined to consult with as many traditional custodians as possible, and to involve all government stakeholders—ministers, departments and executive agencies—to reach an agreement acceptable to all. The negotiators said:

From our perspective, the real power of native title is that it provides us with a vehicle to progress the aspirations of a nation [...] on a range of matters far broader than mere native title.

They also emphasised the universal value of such an agreement. It would be, they said, ‘in the interest of the state and the people of Western Australia, just as much as it is in the interest of Noongar people’.

The stakes were clearly high, and SWALSC held dozens of community meetings. Over time, its membership grew to over 6000—more than twice as many as any other registered Aboriginal and Torres Strait Islander corporation.

Many years and many long conversations later, the parties reached in-principle agreement. In 2015, six authorisation meetings of Noongar authorised the in-principle agreement and the six Indigenous Land Use Agreements (ILUAs)—one for each Noongar group—were signed and sent to the registrar of the National Native Title Tribunal for registration. The ILUAs (all PDFs) are for:

They’re called ILUAs, but these agreements cover much more than land use.

Noongar had agreed to surrender native title in the claim areas in exchange for a comprehensive set of benefits including the following and more:

As part of the negotiations, governance arrangements for administering the funds were also specified, with detailed rules for maximising participation, minimising conflicts of interest, ensuring transparency and protecting land, heritage and culture. Entities to be established under the agreements are:

Signing of the agreements was a hugely significant moment. Colin Barnett, then premier of WA, called the settlement ‘an extraordinary act of self-determination by Aboriginal people [that] provides them with a real opportunity for independence’. But the elation was shortlived.

Objections from a group of Noongar led to a Federal Court ruling (on 2 February 2017) that the agreements were invalid because they had not been signed by all native title claimants. Because that ruling potentially invalidated many other agreements, the Commonwealth law was quickly amended to protect existing agreements that had not been signed by all members of a claimant group. (The amendment took effect in June.)

In October 2018, in another celebratory moment, the native title registrar registered all six Noongar ILUAs. Western Australia’s Minister for Aboriginal Affairs, Ben Wyatt, said that the benefits of the settlement ‘will flow to Noongar people for generations to come’.

Then came an application for a judicial review of the registration. That matter was heard by the Federal Court the following May, 2019. In December the judges unanimously agreed that the ILUAs were valid—but again, the victory was dampened.

In January 2020 the group of Noongar objecting to the settlement applied to have their case heard by the High Court. Ten months later, when the judges finally sat to consider whether an appeal was warranted, they agreed it was not. It sounds anti-climactic, but this was 26 November 2020, the moment in which all obstacles to the historic settlement were overcome. 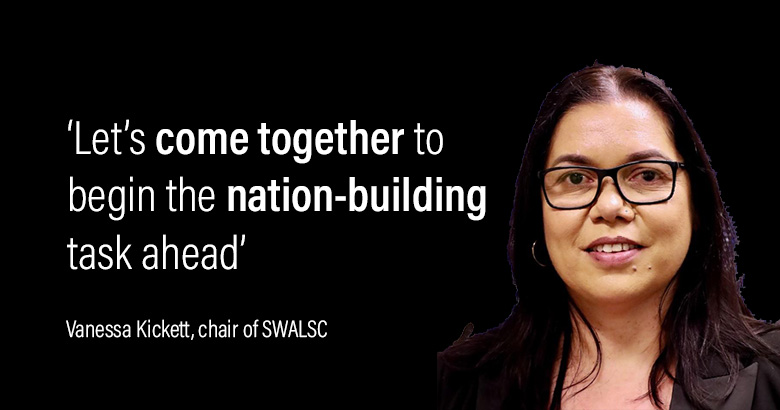 Chair of the SWALSC board, Vanessa Kickett, was delighted but circumspect in her response:

I ask the Noongar community to accept today’s decision and come together with us as we begin the nation-building task we have ahead of us. The path to date has brought many challenges, but we remain focused on honouring the vision of our ancestors, our elders and our communities, whose guidance and dignity inspire us to be strong and proud.

Some commentators have described the negotiated agreement as ‘Australia’s first treaty.’ For legal experts Harry Hobbs and George Williams, it’s the combination of three factors that mean this agreement constitutes a treaty:

The Noongar agreement represents all three.

Our congratulations to SWALSC for this massive achievement and to the beneficiaries: all Noongar. As well as being an Australian first, this agreement clearly fortifies culture, creates multitudes of opportunity, and inspires hope for a just postcolonial future for all of us.