Founded as a yarning place for women, Karadi Aboriginal Corporation has grown into a thriving hub for Tasmanian Aboriginal community wellbeing. 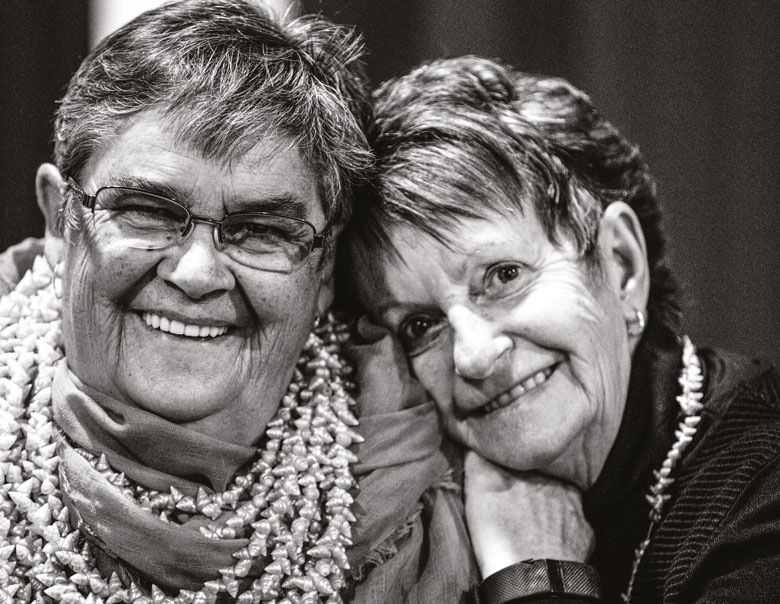 Hobart, Tasmania: In 1988, a group of Aboriginal women including Verna Nichols and Jan Langridge (pictured above) won a grant of $30,000 to set up a resource centre for women and young people to strengthen their self-esteem, resilience and leadership. Called Women’s Karadi Aboriginal Corporation, it was a ‘yarning place’ that also offered Aboriginal adult education—classes in cooking (including chocolate and jam-making), sewing, arts and crafts. The hope was to one day employ a doctor a few days a week. Thirty years later, the corporation has diversified and matured into a gold-star provider of integrated health and family services.

A watershed moment for the corporation came in 2013 when it made some adjustments to its public face. All along, any of the 20,000 Aboriginal women and men in Tasmania have been eligible for membership of the corporation—and welcome to participate in its programs and use its services. The corporation has also always taken a holistic approach, recognising the interconnections between an individual person’s wellbeing and the wellbeing of their family and community. But there was a perception that the scope and mission of the corporation was more limited. With that in mind, in 2013 the board decided to change the corporation's name to Karadi Aboriginal Corporation and since then, it has grown in numbers and reach. In two years, the number of regular clients increased by 150%; more men started to use the services, and more funding opportunities were opened to the corporation.

Over the years the corporation’s membership has risen to 221 people, and its income has grown steadily. In 2016–17 it exceeded the $1 million mark, so Karadi has been able to expand its operations considerably. There are now around 650 regular clients. 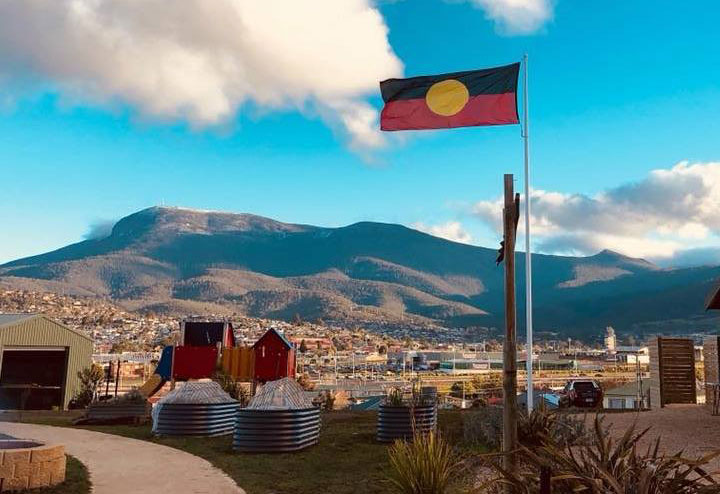 Karadi’s main location is a large circular block in the middle of the northern Hobart suburb of Goodwood. It’s a former kindergarten purchased with ATSIC funds in 1992, and includes a health clinic, neighbourhood house, community garden and the first men’s shed in Tasmania (pictured below). Programs are always community-driven. Some focus on children and schooling; others on women; men; youth and family support; and social and emotional wellbeing. 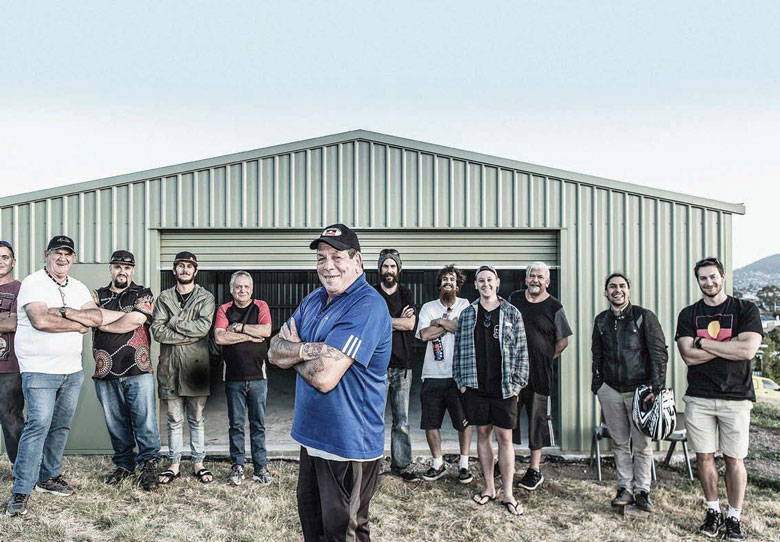 Last month, the corporation opened a second clinic, in a neighbouring suburb. It means Karadi can extend its existing health services, which include counselling, home care, health promotion, podiatry, optometry, diabetic educators, ear testing and speech pathology, as well as the one that long-standing CEO Rachel Dunn nominates as the corporation’s standout success: its chronic disease program. 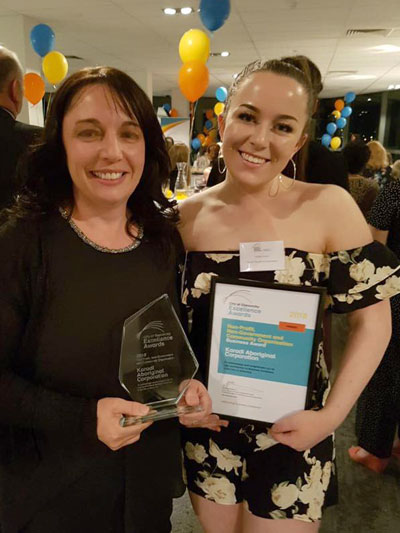 Known as Integrated Team Care (ITC), the program provides one-on-one support for people diagnosed with a chronic condition or disease. ‘Somewhere between a social worker, coordinator, case manager, counsellor and advocate’ is how one ITC coordinator, Marc Hicks, describes his role. In other words, clients receive support to navigate the health system, to find ways to manage their circumstances, and to live well. Having started as a pilot program five years ago, it’s achieved significant success, and now other organisations are approaching Karadi for advice and training in their approach. Ms Dunn says:

These clients are often very disengaged from their health, and socially isolated. We’re finding that once a person’s primary health needs are being met, and they’re feeling well again, they start to come along to our other programs—so the ITC program works to resolve critical issues in multiple ways.

The local council also recognises the corporation’s good work, naming it as the winner of an award in the Glenorchy Excellence Awards 2018 (pictured, right).

When a corporation is recognised for doing good work, chances are you can trace it back to good governance. Karadi is governed by a board of six directors with experience working in Aboriginal heritage, Aboriginal education and at the Tasmanian Museum and Art Gallery. They have regular meetings—every month—and they use an online portal to keep up with all their documentation and correspondence.

For the board, a highlight of the year was the corporation’s 30th birthday party, which it celebrated during NAIDOC Week 2018. Given that Karadi was started by a group of women, the theme ‘Because of her we can’ was especially apt. To mark the occasion, the corporation produced a 2018–19 calendar as a homage to all the women who have driven and sustained the work of the corporation. Chair of the board of directors, Adam Marshall, is very clear about its achievements:

We have paved the way for future generations to be more accepting and embracing of our culture. We’re very proud of what we’ve achieved both within the corporation and within the community.

For a corporation invested in community health and wellbeing, we can also see its impact in the faces of community members. Congratulations, Karadi! 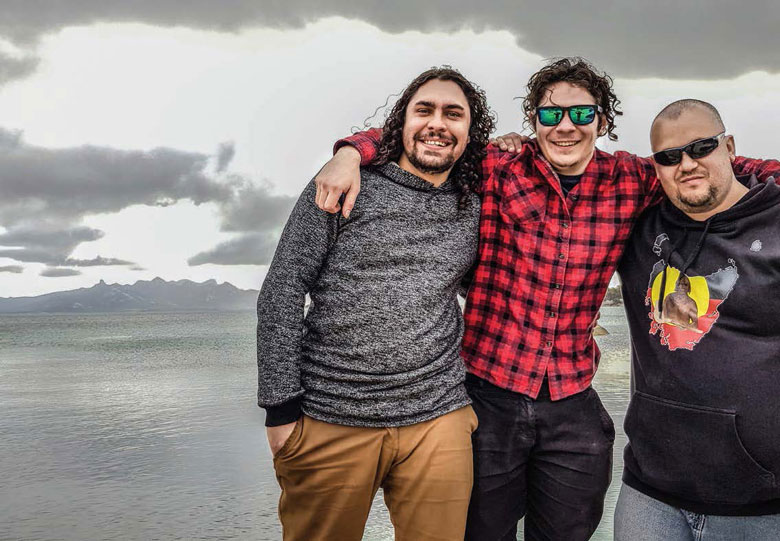 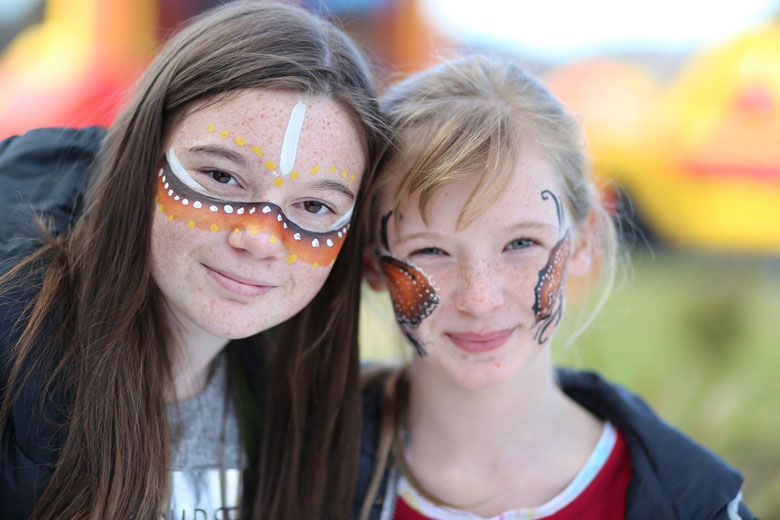 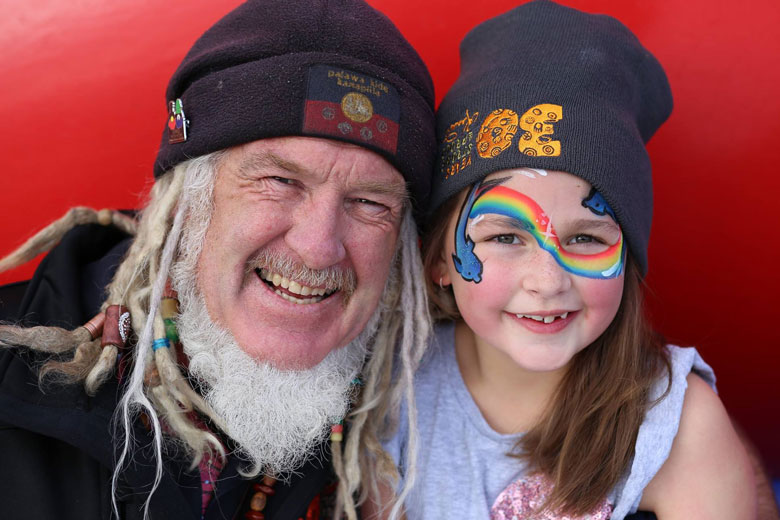