Derby, WA: For thousands of years Indigenous Australians in the Kimberley have been catching and eating giant freshwater prawns they call jarramba. Emama Nguda Aboriginal Corporation (ENAC) will be the first group to commercially farm them. 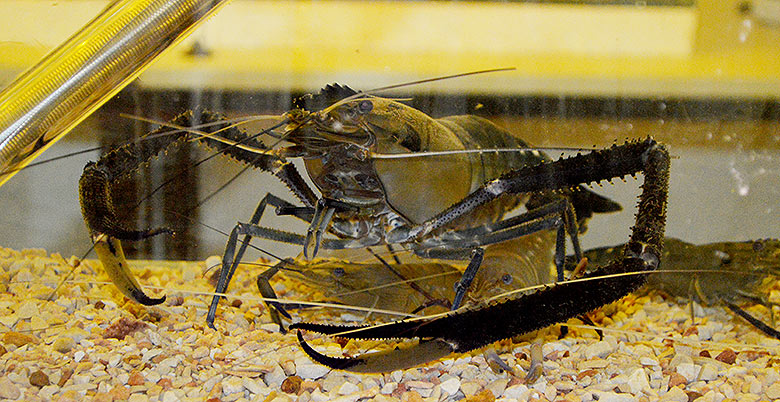 Jarramba have long been an important source of food for Aboriginal people in the Kimberley region, and some members of the corporation have the jarramba as their totem or dreaming animal. So these river-dwellers are culturally significant, and ENAC hopes to translate their traditional knowledge and connection into a profitable and sustainable commercial aquaculture project. 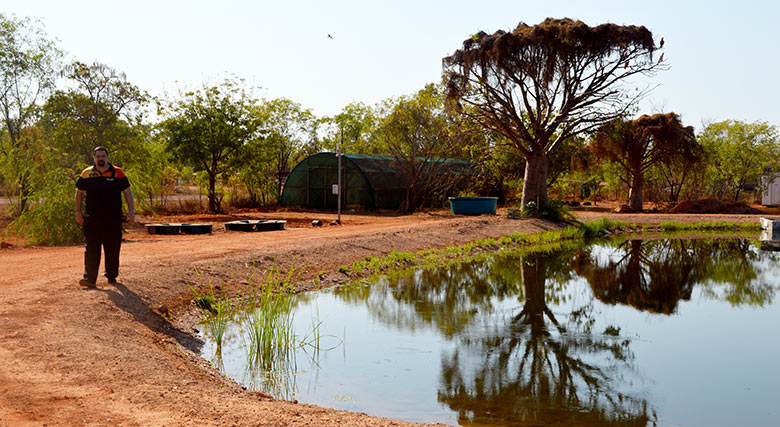 The corporation has just completed a successful three-year pilot project and with almost $2 million in funding from the Indigenous Land and Sea Corporation (ILSC), it’s ready to establish a commercial aquaculture farm with a hatchery, grow-out (larger ponds) and processing facilities. The farm will be located at the recently purchased Kimberley Turf Farm, which ENAC plans to expand to generate supplementary income while the jarramba program is in its infancy. 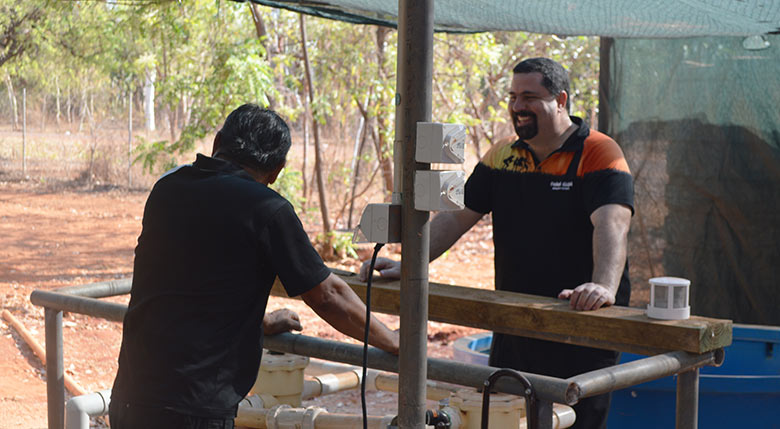 Looking further down the supply chain, ENAC has been engaging with high-end restaurants and seafood wholesalers. Jarramba is sweeter on the palate than saltwater prawns and much larger than the popular king prawn, so jarramba prices are likely to be similar to that of other premium prawns. The corporation believes that in the first year of its commercial operation, jarramba will bring revenue in excess of $1 million. ENAC hopes that this new venture in aquaculture will benefit the local community through opportunities for training and employment of Aboriginal people in and around Derby. According to Leo Bator, ILSC Acting Group CEO:

Up to 20 new jobs and 12 training positions could be created for Aboriginal people, who will have the opportunity to work on their land in a sustainable operation. The farm will also help to protect wild jarramba from over-fishing and other causes of population decline.

Having been commercially farming mud crab in the Kimberley region for more than a decade, ENAC is already well established in the aquaculture industry. Going forward, ENAC hopes to increase its mud crab quota and introduce a barramundi breeding program. The corporation also hopes to establish a processing and packing business for their products, and to explore the possibility of expanding into horticulture and tourism. Ben Burton, Operations Manager, outlines the broader vision:

We want to de-risk the jarramba farm by diversifying activity into smart farming activities, exploring niche market opportunities around bush foods, infrastructure and construction projects in the region, tourism and—eventually—a restaurant to access the tasty end of the supply chain and to promote local recipes to the world.

ENAC was registered in 1994 as a not-for-profit corporation. In addition to its aquaculture projects, ENAC also manages housing for communities in the Kimberley and offers training and employment opportunities for local Aboriginal people through its commercial arm, Lalgardi Enterprises. Having received more than $2.5 million income in the last financial year, ENAC is prospering, so it can invest a significant portion of its revenue back into the community, generating positive social and economic benefits.

ENAC Chairperson Arnold McKenzie regards the corporation as a regional leader and believes its success will be a powerful force for change for its members and for the wider community:

We seek to address the social issues affecting our members and the wider community. We’ll tackle those challenges by achieving sustainability in our business operations, and when profits start to flow from our efforts, we will look to reinvest them into the community. We exist to serve our members, to advocate on the issues they’re facing and to provide employment. We’ve proven ourselves as leaders in this area and we’re gaining recognition a catalyst for change—in the personal lives of members we’ve employed, and by extension, in family and community relationships.

We are impressed by ENAC’s masterful business planning and applaud its commitment to reinvesting in community.