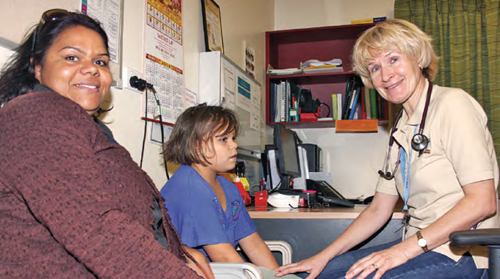 Located in Tennant Creek in the Barkly region of the Northern Territory, Anyinginyi’s services reach far and wide. Geographically the region is huge—covering more than 300,000 square kilometres from the tropical north to the arid desert in Central Australia. But with a strong management team in place, Anyinginyi is going from strength to strength and growing.

It takes just one look at the corporation’s annual report on their website to begin to understand what ‘services’ mean. Turning the pages reveal a plethora of holistic health services, such as the amazing work being done in the area of foetal alcohol spectrum disorder or FASD.

Earlier this year two representatives from Anyinginyi made presentations to the first national conference on FASD in Australia, following on from a presentation at an international FASD conference in Vancouver, Canada in February 2013. And at the Federal Government’s Senate Select Committee Inquiry into FASD, Anyinginyi was quoted as a leader in the field. No mean feat! 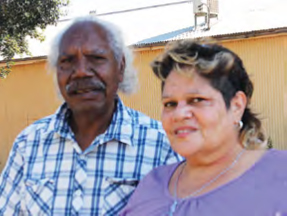 In the past Anyinginyi struggled to attract and retain doctors, dentists, nurses, allied health and other staff. In response a program was developed and implemented that includes excellent accommodation (self-funded by Anyinginyi). The result is that clinical staffing has never been better!

The now multi-disciplinary organisation started off very humbly. According to Clarissa Burgen, Anyinginyi’s corporate services manager, when the health service started in 1984, it had a doctor, an administration person and two Aboriginal health workers working out of a living room in a local residence.

Today there are more than 90 people on staff with many of them have been there since the early days.

Cultural engagement is another one of Anyinginyi’s priorities and high on the management team’s agenda and vision for the future. As an Aboriginal community-controlled health corporation, it is the board’s priority to be culturally responsive to the needs of the community and tailor their services accordingly.

In line with their mission to be a provider of high-quality health care, the Anyinginyi board and members passed a resolution at an AGM in 2012 to include a board member with specialist expertise in either health, finance and/or governance skills who may not be a resident of the Barkly region. In February 2014 the board appointed Dr Ngiare Brown as Anyinginyi’s first non-member director. Dr Brown was one of the first Aboriginal medical graduates in Australia.

She is a Fellow of the Royal Australian College of General Practitioners and is currently undertaking doctoral research into Aboriginal child protection at the University of New South Wales.

It is easy to predict that with initiatives such as these and with the dedicated men and women at their disposal, Anyinginyi will continue to grow over the next 30 and more years.

If you are interested in reading further about the highlights and achievements of this extraordinary corporation, do yourself a favour and have a look at Anyinginyi’s annual report on their website, http://anyinginyi.org.au/. 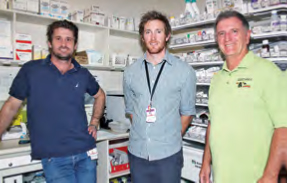 All photos courtesy of the Anyinginyi Health Aboriginal Corporation