On 2 September the CATSI Act Amendment Bill passed the House of Representatives and was referred to the Senate's Finance and Public Administration Legislation Committee for consideration. That committee is due to report on 14 October 2021.

On 31 July 2020 the NIAA issued a draft report and fact sheets—which summarise matters raised in the previous round of consultation—and opened phase two of consultation where they are asking for your comments on matters raised so far, and if there’s anything else you think needs to be considered. Phase two consultation closed on 21 September 2020, though written submissions were accepted until 2 October.

In all, NIAA held:

In addition, they received:

Final report of the comprehensive review

A bill to amend the Act

The Government is seeking to give effect to most of the report’s recommendations. To that end it has drafted a CATSI Amendment Bill that—assuming it passes Parliament—will amend the CATSI Act.

Consultation on the exposure draft

NIAA sought feedback on the draft legislation until 9 August 2021, through online sessions, email and other channels. Specifically, they asked people to identify:

In addition, NIAA was interested in feedback on the clarity, readability and complexity of the draft legislation.

NIAA also prepared a set of resources to help people read the bill, including a guide that links recommendations in the report to changes in the legislation, and a series of fact sheets.

Ultimately, as well as verbal feedback, the consultation yielded 28 formal submissions. Of those, 21 submissions came with permission to publish.

The bill was also referred to the Senate's Finance and Public Administration Legislation Committee for consideration. That committee is due to report on 14 October 2021.

In September 2016 the Department of the Prime Minister and Cabinet commissioned KPMG to conduct a review of the CATSI Act and ORIC. The product of the review was a report finalised in December 2016, Regulating Indigenous Corporations (PDF 2mb).

The purpose of the review was to inform considerations of how the Registrar can most effectively support the capacity of Aboriginal and Torres Strait Islander corporations to maintain good governance and strong financial management, as well as any amendments to the CATSI Act required to meet this objective.

The overall assessment in the report of the review is that ORIC is doing a good job in the context of a challenging regulatory environment. There are many positive features, but also opportunities to enhance ORIC’s contribution to ensuring Aboriginal and Torres Strait Islander corporation are well governed.

The proposed changes covered the topics of:

Technical review of the CATSI Act

On 5 July 2017, the Minister for Indigenous Affairs, Nigel Scullion, announced that ORIC would lead a technical review of the CATSI Act. 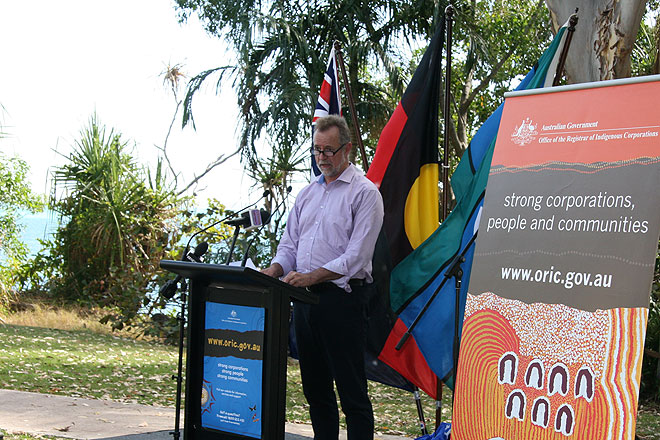 The technical review was conducted in late 2017. The review was led by law firm DLA Piper and included a series of public consultations conducted by the Indigenous consultancy firms, Inside Policy and Winangali. The CATSI Act commenced on 1 July 2007, and this was the first time a comprehensive review had been undertaken since the legislation came into effect. The purpose of the review was to explore ways to strengthen and improve the CATSI Act and aligning it with recent changes in corporate law and regulation, particularly in the Corporations Act 2001. For details see the following documents:

The review found a range of opportunities to make the law stronger and allow corporations to use it more effectively.

The Australian Government considered the technical review and decided to pursue amendments to the legislation.

In 2018, the Registrar and his office conducted further consultations across Australia on the proposed amendments. Feedback and comments from roundtable sessions, interviews and written submissions was used to help identify issues with implementing the proposed amendments to the CATSI Act, and to ensure corporations can comply with them.

After the consultations we updated the summary of the reforms (PDF) and drafted a bill.

On 5 December 2018 the Corporations (Aboriginal and Torres Strait Islander) Amendment (Strengthening Governance and Transparency) Bill 2018 was introduced into the Parliament.

On 11 April 2019, the Parliament was prorogued and the House of Representatives was dissolved, after the Governor-General agreed to the Prime Minister’s recommendation that an election be held on Saturday, 18 May 2019.

When the House is dissolved, all proceedings come to an end, and all bills before the Parliament lapse. Although the CATSI Act Amendment bill was introduced into the Senate on 5 December 2018, there was no debate and no passage of the bill, and therefore it lapsed. Should the incoming Minister wish to pursue amendments to the CATSI Act, the process will need to recommence.

The Registrar would like to acknowledge the efforts of everyone who participated in the consultations, made submissions and worked with ORIC and the NIAA on all the reviews and consultations to develop a bill.