Perth, Western Australia: Conceived, created and performed by members of Yirra Yaakin Theatre Company with respect for the community, elders and ancestors, the play Hecate powerfully meets the corporation’s objective as a cultural caretaker—ultimately, to ‘improve the cultural health of all involved and find space for an Aboriginal voice to be heard’. As if that wasn’t reason enough to celebrate, there are also layers of insights in this story for aspiring leaders of all corporations. 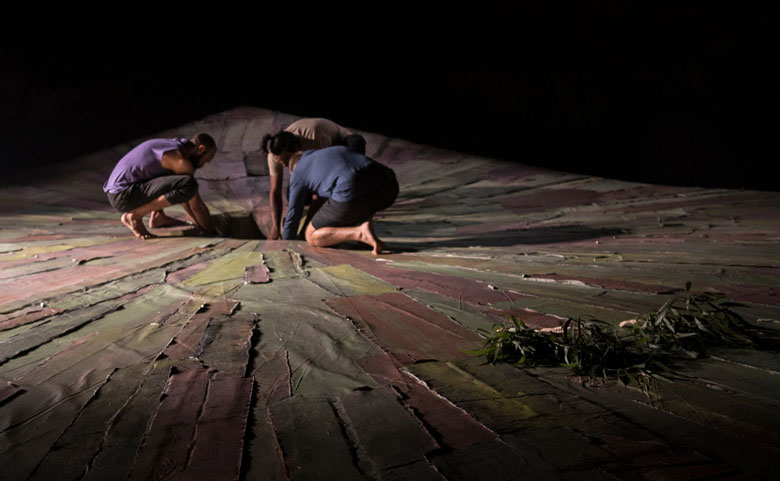 Hecate is a version of Shakespeare’s Macbeth performed entirely in Noongar language, and places the usually-sidelined character of Hecate, queen of the witches, centre-stage. She watches as Macbeth strives for power at any cost, ‘knowing that order must be restored; that Country always trumps human ambition and greed’.

The show was adapted and directed by Kylie Bracknell. In some ways it is also the production that Kyle J Morrison, previous artistic director of Yirra Yaakin who plays three characters—Lennox, Mischief Maker #2 and Murderer #2—imagined ten years ago. He put it to Kylie that they do Shakespeare in Noongar for the Globe Theatre’s Cultural Olympiad in London, 2012. There wasn’t time to do it the right way, then, so Yirra Yaakin instead produced a much simpler show: a translation of a selection of Shakespeare’s Sonnets.

It was in 2016 that Mrs Bracknell started working on a translation of Macbeth. Very few Noongar people speak the language—only around 400. It was important to respect current language custodians and speakers, to give the elders time to be on side. By February 2020 it was finally ready to perform.

Yirra Yaakin’s deferred gratification has paid off, and the corporation’s directors are rightfully proud of the achievement: custodians are rejoicing in the expression and audiences both Noongar and not have loved the experience. Every performance elicited a standing ovation. A sample of audience tweets about the production:

Last night I witnessed Hecate in Noongar language. I will never forget that privilege, the performance will stay with me forever. #PerthFestival #Hecate Feeling humbled and sustained—Lynette Russell

Yirra Yaakin’s take on The Scottish Play, presented in the Noongar language, is a miracle—Ann Tonks

As Kylie Bracknell writes, ‘Noongar words and philosophy are the true hero in Hecate—the way we communicate, signal, celebrate, sing and cry our language has always been, and will always be, powerful’.

‘Groundbreaking’ is an overused word but this effort and the impact it is having warrants the tag. Here at ORIC we are appreciating a different aspect of all this—how if you overlay the two stories—of Macbeth and of Hecate’s genesis and actualisation, you can find a pattern of good governance for all corporations past, present and future. 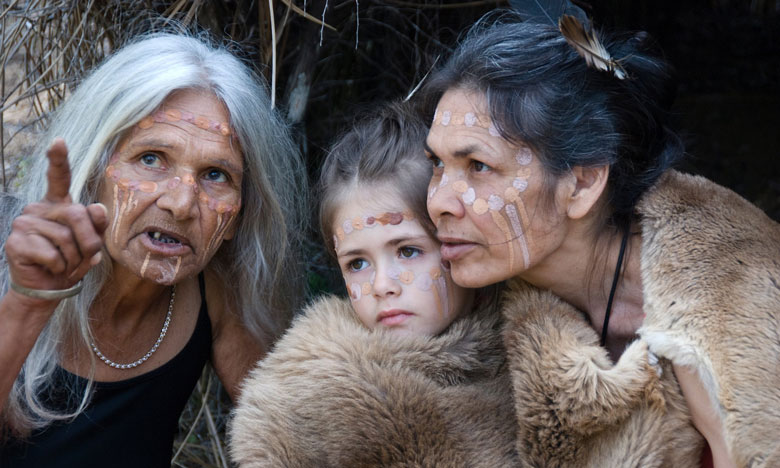 Above is the picture used to promote Kambarnap, the gathering place / safe space that accompanied the season of Hecate, which offered a cleansing smoking for those who wished to gather and honour the ancient Noongar sounds, stories and speakers, either before or after the performance. (Image by Wendy Slee)

Macbeth’s flaw was his unfettered ambition. That’s precisely what Hecate as queen of the witches mocked, and what led to his beheading. By forcing his vision on the world, he failed.

By contrast, when Yirra Yaakin was contemplating a production of Macbeth in Noongar, they attended to the broader forces at work, going forward the right way, not imposing a personal or corporate vision on the world. They kept their heads and they found success.

So, as well as being an acclaimed theatrical production, and a beautiful service to the corporation’s purpose, Hecate is a model of long-term good governance. Corporation director Ellery Blackman describes the directors' oversight of the project, their faith in the members driving it and their involvement of Noongar elders:

Productions as important as this, that are the beginning of the revival of one of the world’s most ancient languages, will always get the attention of directors of the theatre company that embarks on that journey.

We completely supported Kyle J Morrison and his vision for Shakespeare in Noongar. We also trusted his ability to mature that vision and transition its ownership to Kylie Bracknell—and Kylie’s ability and leadership to take that vision and create an amazing production.

The board would regularly review and discuss the project from many different angles including risk, finance, resourcing and stakeholder engagement and management, through subcommittees and regular reporting. However, what was essential to us was a clear and defined channel for engaging with elders and seeking their input, approval, and acceptance at every stage.

We congratulate Yirra Yaakin for Hecate and all the other work it continues to do, including very regular workshops for school students. Standing by for the touring schedule...