Main Beach, Queensland: Although one of the smallest corporations to register under the Corporations (Aboriginal and Torres Strait Islander) Act 2006, the Indigenous Corporation for Autism Australia (ICFAA) is tackling a very big issue. As its name suggests, it’s standing up for individuals and their families affected by autism spectrum disorder or ASD.

ICFAA (I SEE FAR…) advocates for Aboriginal and Torres Strait Islanders who are living with autism spectrum disorder (ASD).

People with ASD can be intensely focused in their special interest areas and also display a higher than average talent in them. This is what is now referred to as ‘autistic intelligence’.

Yet all too frequently these talents remain hidden. Because they are not easily understood they can be overlooked.

This is where ICFAA comes in. The corporation is raising awareness about neuro-developmental difference and the challenges faced by those living with ASD. It’s achieving this through education, better information and the sharing of personal experience.

‘It’s very important that chilren are diagnosed early,’ says Grant South. ‘The most severe effects of the disorder can be minimised if children get the right interventions at the earliest possible time and they have the chance to join a specially adapted educational program.’

Although families still face difficulties obtaining an accurate diagnosis and access to good quality professional services, ICFAA is helping to break down the barriers. With continued research and the development of new intervention models more and better support is becoming available.

‘ICFAA seeks to empower individuals through mutual support and fellowship,’ says Grant. ‘Our aim is to link people living with ASD with services in their area and establish support networks for them and their families.’

Although ICFAA is based in Main Beach, Queensland, it is a nation-wide concern working for all Aboriginal and Torres Strait Islander people with ASD. 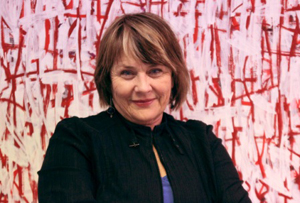 Lesley Chenoweth, PhD, is a professor of social work and head of Logan campus at Griffith University in Queensland. She has many years experience in her specialty areas of disability and rural and remote human services. Professor Chenoweth is assisting ICFAA as it grows and develops. 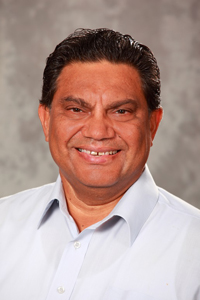 Stephen Corporal, BA (Psych), BSW, MSocPol, JP, is a respected senior Aboriginal social worker and a member of Griffith University’s health executive. His experience working in both community organisations and government departments spans a couple of decades. Mr Corporal’s interest in Indigenous health and education, specifically protocols for engaging with Indigenous people and communities, is of invaluable assistance to ICFAA. 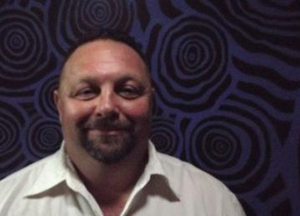 Grant South, BA, MA, is an Aboriginal advocate, founder and a director of ICFAA. His family is from south-east Queensland and he is currently studying a master of Social Work degree, which is his second master’s program at Griffith University. Grant has been interested in social welfare since 1994. He has a personal interest in autism and has been a guest speaker on the subject.