Recognising that health outcomes are related to education, family circumstances and social justice, Danila Dilba Biluru Butji Binnilutlum Health Service Aboriginal Corporation has recently shared its skills and expertise to contribute to an overhaul of the youth justice system.

The corporation was registered in 1991. The idea was to serve the health needs of Biluru people in a way that acknowledges and works to counter inequities in terms of access to education and employment, poor housing and infrastructure, racism and high rates of incarceration. It took a strong, dedicated community effort to bring it into being. 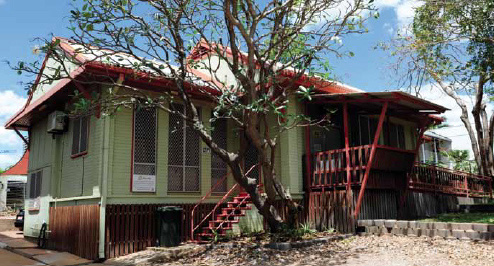 After Cyclone Tracy hit in 1974, Aboriginal people were evacuated to southern cities where local Aboriginal medical services had started. Darwin people were impressed, and wanted their own. People held meetings, lobbied government, lodged petitions and even held a ‘sit-in’ of government offices. They were very keen to have a culturally-appropriate primary health care service for Aboriginal people in Darwin.

In 2017, over 13 000 clients came through the doors, and they are well served. Danila Dilba Health Service has 160 staff, which is 69 per cent of Aboriginal and 67 per cent female. A diverse, skilled board of directors governs the corporation. Members elect most directors from Aboriginal and/or Torres Strait Islander residents of the Yilli Rreung region, and the board appoints two independent non-member directors. 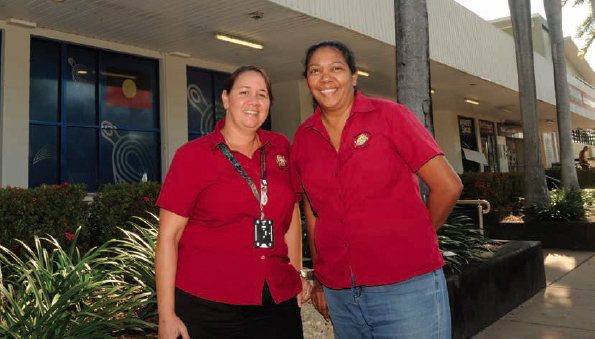 Dr Fiona MacDonald, a senior general practitioner who has been with the service since it began, still loves it:

‘Sometimes it’s difficult, both medically and socially, and things often don’t go well, but I love working with and for the community.’

‘I come here for my health. Whenever I’m feeling sick or there’s something wrong with me, I come here. You get good care straight away here…they fix you up straight away. They treat us really good here at Danila Dilba. They’re on top. I can say that over and over again.’

The way our rule book works is we have ten board members, with staggered terms of appointment. One director is always from the Larrakia people —the traditional owners of Darwin and two independent people (non-members) with no financial interest or family connection. We choose them on the basis of their particular skills in law, finance, education or of course health; something to give us a new perspective. We need a board made up of people with different strengths so altogether we make a good team.

Primarily funded by the Australian Government through the Department of Health, Danila Dilba is a highly valued—and valuable—service. In March 2016, a Deloitte review found that each dollar invested in Danila Dilba generates $4.18 of benefit to Australian society. 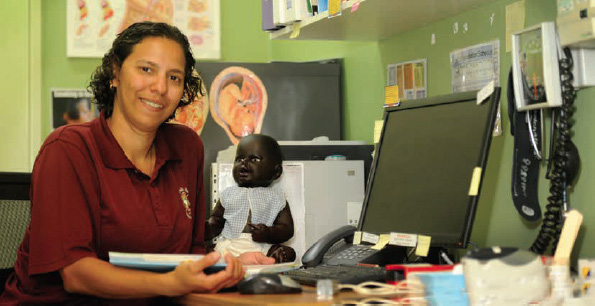 Lately, the corporation has been in the news due to the strong voice of its CEO, Olga Havnen, in advocating for an overhaul of the youth justice system. In July 2016 ABC TV’s Four Corners program reported the mistreatment of young people at the Don Dale Youth Detention Centre in Darwin, prompting the Royal Commission into the Protection and Detention of Children in the Northern Territory. Having prepared a submission, Havnen also provided evidence as a witness. Since then, she has spoken on radio and television about replacing the high-cost punitive approaches with a systemic approach that holds young offenders to account but also reaches out to vulnerable children and addresses associated issues in their families.

Danila Dilba was one of three organisations appointed to provide support to people affected by the royal commission’s investigation:

The corporation is a great success by many measures. One is it has ranked among the highest-earning Aboriginal and Torres Strait Islander corporations for the past nine years. Another is that it has a very high staff satisfaction rating. One staffer puts it this simply: ‘They’re a great mob to work with.’